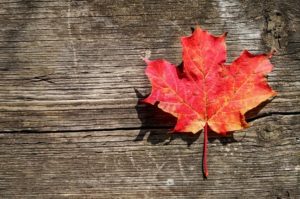 Canadian growth investor Georgian Partners is running a multi-layered process to move four assets out of older funds and into a continuation pool for more time and capital to manage the investments, three sources told Buyouts.

The Georgian process, which has quietly and smoothly proceeded toward completion, is one of several in-demand GP-led deals driving the market in the early part of the year. Others include deals by New Mountain, Leonard Green and Kohlberg & Co.

Campbell Lutyens is working as secondaries adviser on the process. A spokesperson for Georgian declined to comment Thursday.

Canada Pension Plan Investment Board, StepStone Group and Northleaf Capital are lead investors in the process, which also includes an investors syndicate, the sources said.

CPPIB likely will end up the largest backer in the deal, a separate source said, which is expected to close over the next few weeks.

The four investments involved in the process are Tophatmonocle, an ed-tech platform; data management business Tealium Inc.; WorkFusion, an AI-driven workflow management comany; and IEX Group Inc., a stock exchange, according to a report from The Globe & Mail.

Georgian was formed in 2008 by managing partners Justin LaFayette, John Berton and Simon Chong. The three came from DWL, a Canadian software and data management company acquired by IBM in 2005, Buyouts previously reported.

Georgian has raised five growth funds, including its most recent, Georgian Partners Growth Fund V, which closed on at least $850 million last year, according to a Form D filing. Fund V was targeting $750 million.

The firm raised at least $550 million for its fourth fund, according to a Form D fundraising document from 2018.

Secondaries has maintained a steady pace so far this year, though several sources have seen a lull in new offerings hitting the market. The feeling is advisors are closing out deals that came to market in 2020, before they begin introducing new processes (though many advisors have been pre-marketing deals).

Last year’s estimated total deal volume took a dip from 2019 because of the months-long pause in activity that resulted from the pandemic shutdown.