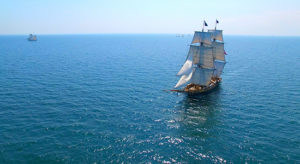 Crestview Partners got more than $25 million of limited partner sales out of its third fund as part of a secondaries process completed late last year, two people with knowledge of the deal told Buyouts.

Crestview ran the process, called a tender offer, to allow LPs in Fund III to sell out of their interests in the fund. Blackstone Group’s Strategic Partners was one of the buyers on the deal, sources said.

M2O Private Fund Advisors worked as secondaries adviser on the deal. The transaction also included a shot of fresh capital into Crestview’s fourth fund, which is in the market and raised at least $1.8 billion. Fund III closed on more than $3 billion in 2015.

In a tender offer, a sponsor lines up a buyer with an agreed-upon price for LP interests, and then LPs can choose to sell or not. Tender offers also often include staples of fresh capital into a new funds.

Fund III was generating a 14.2 percent internal rate of return and a 1.32x total value to paid-in multiple as of June 30, 2019, according to performance information from the North Carolina treasurer’s office. Out of Crestview’s $150 million commitment, about $64.5 million had not yet been called as of the same date, North Carolina’s Treasurer said.

Crestview’s tender process was smaller than the firm originally envisioned. Initially, the firm wanted to include Funds II and III in the tender offer. The two funds held an estimated $4.6 billion in unrealized value as of March 31, Buyouts’ sister publication Secondaries Investor reported last year, citing a document outlining the process.

Several factors impacted the process. One involved the Jones Act, which regulates maritime commerce in the US. The rules govern shipping between US ports and has implications for the energy sector, of which Crestview has exposure.

One buyer on the deal had foreign-based underlying LPs in its fund, which would have run up against the regulations, sources said. This caused the buyer to back out and the process to be delayed, they said.

Some buyers have provisions in their fund contracts to carve-out non-US investors from deals involving regulations like the Jones Act, one secondary buyer said.

Also, tender offers with staple components seemed to fall out of favor last year, according to recent 2019 volume surveys.

LP tender offers represented only about $4 billion of volume last year out of around $26 billion of total GP-led transaction activity, the majority of which involved asset-based deals like fund restructuring, according to Evercore’s 2019 volume report. Total deal volume came in around $88 billion, Greenhill Cogent said in its 2019 volume report.

Greenhill Cogent found that one factor that went into the rise of failed transactions last year was a requirement of a staple or follow-on capital, the report said. Secondaries buyers generally have mixed reviews about tender offers that involve staples. The presence of a staple can be viewed as a conflict for the GP, who may be tempted to accept a lower price bidder who is willing to put some fresh capital into a new fund. “You start to lose some alignment” with staples, the secondaries buyer said.