Buyouts
Home News and Analysis Firms & Funds Editor’s Letter: Dear CalPERS, tell us when you when and why you...
Return to search
LPs 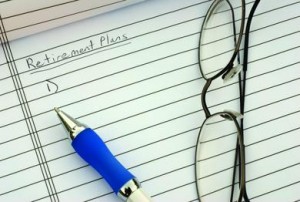 Be more open. Specifically, whenever you reject a fund over terms, make those reasons public.

This will help the public understand the values the system adheres to when it invests in private equity. It will also allow beneficiaries to understand how staff is looking out for it. Finally, it will give GPs a good sense of what the system is looking for.

By not disclosing this sort of information, CalPERS and other public LPs appear to be too cozy with their GPs. In fact, CalPERS board member JJ Jelincic recently penned a letter to CalPERS CEO Anne Stausboll accusing investment staff of “perpetuating the talking points and mythology of PE fund managers, who are continuously — and largely successfully — trying to convince the limited partners that they receive a more favorable deal than they actually do.”

Very little about private equity fund terms should be kept hidden. Terms are routine across the industry and should be open for viewing by beneficiaries, the media and taxpayers.

The argument has been made that revealing this information would put a GP at a competitive disadvantage. But terms are already made public at various systems.

As for the stated fear by some LPs that they will lose access to GPs, that claim is not only exaggerated but irrelevant. If a GP rejects money from a public system because it is worried about transparency, the LP is better off without that particular GP. There are plenty of funds looking for money these days, and a lot of undiscovered or overlooked talent. These are the shops LPs should chase because they are the funds most willing to be flexible around terms.

I will grant you that some GPs might be turned off by a public LP that names names when it chooses not to back a fund. If there is pushback, then withhold the names of the GPs. Just give a review every quarter of all the funds that got into the legal negotiation phase of a commitment but didn’t make it through because of terms, and explain the specific terms in question.

We have a few rare examples of this actually happening. CalPERS spokesman Joe DeAnda told me via Twitter the system has been public about walking away from managers. As an example, he shared a 2012 article from the Wall Street Journal that revealed CalPERS had declined committing to a Leonard Green fund over fees. That’s great, but that was three years ago. What about more recent funds CalPERS has rejected?

Giving members of the public the details would help all constituents understand just how hard PE teams at public systems are fighting for the best interests of their beneficiaries.