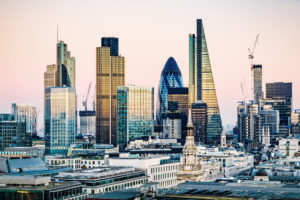 As the secondaries market revs up after last year’s covid seize-up, Glendower Capital is gearing up for the expected deal rush, promoting staff internally and raising its second multi-billion-dollar vehicle in the last three years.

Glendower is targeting $3.5 billion, with no hard-cap, for its latest secondaries offering, Glendower Secondary Opportunities Fund V, according to documents from Louisiana State Employees’ Retirement System. That’s up from Fund IV, which closed on $2.7 billion in 2019.

Fund V is Glendower’s second pool raised as an independent firm after a group of executives spun out from Deutsche Bank in 2017.

Glendower, based in London and with offices in New York, targets the middle and large buyouts market, but also invests in growth equity and other categories. Fund V will be allocated 45 percent each to North America and Europe, with 10 percent going to Asia and the rest of the world.

LPs in the fund will pay a 1.25 percent management fee during the investment period, which will step down to 1 percent of capital for the following two years. After that, LPs will pay either 90 percent of the annual profit share for the prior year or 0.25 percent of invested capital, depending on which is the greater sum. The fund has an 8 percent hurdle and charges a 12.5 percent carried interest.

Glendower will commit either 1 percent of total commitments or $35 million to the fund, depending on which amount is smaller.

Mohandoss and Olmos were just promoted to partner in February, according to Secondaries Investor.

Glendower did not respond to a request for comment.