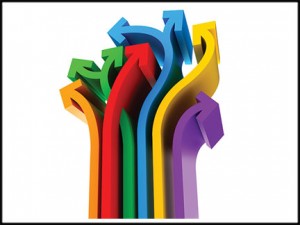 Among the biggest recent moves, Kohlberg Kravis Roberts & Co. boosted its AUM by $8.4 billion, to more than $100 billion, by closing its acquisition of Avoca, a European credit manager. Just $61 billion of its AUM remains in private markets, a category that includes real assets along with private equity.

Scott Nuttall, head of global capital and the asset management group at the New York shop, said KKR continues to see opportunities to broaden its hedge fund practice as well as to globalize business lines in real estate, energy and credit.

“It’s not so much adding new legs to the stool as expanding the legs we started and continuing to scale the businesses that we have begun in the last few years,” Nuttall said on April 24 during the firm’s first-quarter conference call.

Indeed, four of the largest firms, Apollo Global Management, The Blackstone Group, The Carlyle Group and KKR, continue to build their businesses, from real estate to funds of funds, at a rapid pace—so rapidly, in fact, that their AUM growth has picked up even as the size of their flagship buyout funds in some cases shrinks.

At the same time, the four firms recently disclosed about $192.7 billion in AUM in their combined private equity businesses. (KKR wraps real assets into its private equity tally.) That is a big number, but it is less than a third of their combined total AUM of $700 billion as of year-end.

The four accomplished this even as their latest private equity flagship funds shrank to a combined $55 billion, down from the $69 billion raised for their predecessor pools, generally closed prior to the 2008 financial crisis. But with a greater variety of funds and more products to offer investors, total fundraising efforts by the four grew to $51 billion in 2013, up from $38 billion in 2012.

Employment numbers also reinforce the theme of how diversification fuels growth. Blackstone Group’s headcount stood at 2,010 as of year-end, up from 1,585 at the end of 2011. The four firms together ended 2012 with 4,740 employees, up from 4,259 just one year earlier (see accompanying chart).

“It certainly feels like (diversification) has picked up in the last three or four years—certainly in the post-crisis period,” said Robert Lee, an equity analyst that covers the alternative investment industry for Keefe, Bruyette & Woods.

Keith Brittain, principal at advisory firm Hamilton Lane, said the firms that are diversifying their asset bases away from private equity appear to be following a similar play book to the one they encourage their portfolio companies to use.

“You’ve got an industry that is run by deal pros and when they make investments they’re always speaking about how to grow that investment and make it sustainable,” he said. “These people think about the same issues at their own firms. How can you weather economic challenges?”

In fact, a number of factors lie behind the diversification trend. To some extent the big shops are responding to changing investor appetites; as investors plow dollars into credit strategies, real estate, energy, infrastructure, hedge funds and other alternative investments buyout firms have been positioning themselves as one-stop-shops that can do it all. At the same time, investors have found they can win concessions on fees by making larger commitments to fewer firms, without necessarily giving away anything on performance.

Apollo Global’s net IRR for the history of the firm stands at 26 percent, according to a February presentation by the firm. Blackstone Group’s net IRR for its private equity funds came in at 20 percent in realized gains for the life of the firm through year-end. Carlyle Group’s net IRR for its fully invested funds stood at 19 percent as of Dec. 31. KKR reported its investment funds with at least 36 months of investment activity generated a cumulative gross IRR of 25.7 percent from its inception in 1976 through Dec 31.

Helping to set the diversification pace, Apollo Global embarked on new business lines after focusing on buyouts between 1990 and 2002.

“Apollo will continue to identify opportunities to leverage its existing platform and diversify into areas with meaningful synergies with its core business,” the firm said in a February presentation to investors.

Meantime, businesses run by Blackstone Group, possibly the most diversified of the four, range from its fund placement firm Park Hill to Blackstone Alternative Asset Management, the world’s largest allocator to hedge funds, with $58 billion under management.

Blackstone Group’s Real Estate unit measures as its largest business, with $81 billion of AUM, ahead of its $66 billion in AUM for its private equity business.

In one recent move, the firm bought Credit Suisse Group’s Strategic Partners, the firm’s secondary private equity business, with assets of $10 billion, in a deal that closed last summer.

Overall, he said the firm plans to “keep evolving” partly to create opportunities for younger executives to build businesses. However, he added, “we don’t want to sully the brand or the reputation of the firm” and that the firm won’t get into a business unless it’s “best in class.”

Carlyle Group’s moves toward diversification took a big turn in 2011 when it bought 60 percent of fund-of-funds manager AlpInvest. The deal brought its AUM to $147 billion by year-end 2011, up from $107 billion in the prior year. It also acquired 55 percent of $2 billion hedge fund manager Emerging Sovereign Group in the same year.

By 2013, Carlyle Group had expanded on many more fronts, including buying the remaining 40 percent of AlpInvest. Its December, 2012, deal to buy 48 percent of NGP Energy Capital Management gave it a family of energy investment products with more than $13 billion under active management as of year-end 2013.

Carlyle Group has also been growing its CLOs and hedge funds platform. Last year, it issued more than $3 billion through new CLOs in the United States and in Europe. Its hedge funds grew to more than $14 billion in assets and its energy mezzanine and distressed investing strategies “are both performing well,” co-CEO David Rubenstein said in February.

The firm now divides its business into four divisions. Among those, private equity ranks the largest with about $65 billion in AUM, followed by $50 billion for its fund-of-funds and secondaries business. Its credit and hedge funds business tips the scales at $35 billion and its real assets unit of real estate, infrastructure and energy weighs in at $39 billion.

Looking ahead, the Big Four still have plenty of room to expand, including by moving deeper into emerging markets, venture capital, growth equity, infrastructure and mid-market buyouts.

“If you think about the scale of financial assets and the amount of LP money that needs to find a home, these guys are a long ways away from bumping into a growth issue,” said Gary Pinkus, senior partner, McKinsey & Co’s San Francisco office. “The total sum of capital kept by all the biggest private equity firms is a fraction of the capital under management by LPs globally. They’re not stalled in any way in terms of growth for the foreseeable future, as long as they deliver returns.”