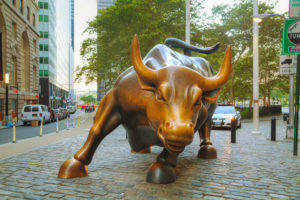 As markets emerge from the shadow of the pandemic lockdown, newer managers are moving back into the fundraising market that had mostly been shut to them last year.

Another emerging manager who will test the markets is Diversis Capital, which is talking to limited partners about its second fund. Diversis closed its debut fund in 2019 on $255 million after about six months on the fundraising trail.

Fund II could target up to $500 million, sources told Buyouts, though it’s not clear if that target has been finalized. Diversis, formed by managing directors Kevin Ma and Ron Nayot, started in 2013 investing deal-by-deal, making five platform investments before raising its first fund. Ma and Nayot both worked at Gores Group prior to forming Diversis.

Evercore worked as placement agent on Diversis’s first fund, and sources said it is also engaged to help raise Fund II. A spokesperson for Diversis declined to comment.

Ma and Nayot formed Diversis to make value-oriented control investments in lower mid-market companies that require operational transformation to realize their full potential, with an emphasis on enterprise software, according to the firm’s Form ADV. It focuses on businesses generating revenues greater than $10 million and EBITDA up to $20 million, the Form ADV said.

Its early deals include Pure Cars, which provides market automation and business intelligence to the automotive industry; Marketron, a revenue management and audience engagement software business for media companies; and ArrowStream, which provides supply chain technology and logistics services for the food-service industry.

Last year’s lockdown, with its ban on travel and in-person meetings, kept most LPs happy to simply re-up with existing relationships. As markets have opened, and fundraising bulls forward as crowded as ever, LPs are getting more comfortable exploring potential new relationships, including with newer GPs, sources have told Buyouts.