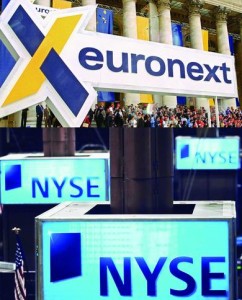 Prior to launch, a considerable amount of time was spent looking at the structure of the deal and how it could be made more appealing to investors. The result was a partly-paid structure and a smaller deal size of just €1bn, with €600m to be paid immediately to overcome concerns about time to fully deploy capital. The fund had a European mid-cap mandate. But there was still very little interest, primarily because of the two deals by KKR and Apollo (AP Alternative Investments) that preceded it.

The Doughty Hanson offer was led by Citigroup and Goldman Sachs and had a two-week roadshow. To support the deal, several banks with retail arms were appointed as co-leads: Calyon, EFG Bank, HVB Corporate & Markets, ING and Mediobanca. On the same day the offer was due to close the deal was cancelled.

A major concern for investors was that the two other deals had both traded down since listing. On both KKR and Apollo listing fees were paid out of the capital raised, ensuring that immediately after the IPO the NAV was below the offer price, and the stock traded down to reflect this. In order to avoid that, Doughty Hanson would have paid the listing fees, but it would have received options for doing this, which simply delays the cost.

In addition, KKR and Apollo have been trading at a discount to NAV. As one investor asked the leads: “So the best outcome is I don’t lose money?” In a troubled IPO market that is not the impression that makes a deal.

Many institutions have also reconsidered their attitude to these deals. There is obvious appeal for retail and high-net worth individuals to get exposure to this sort of investment talent. However, an investment that needs to be held for three years to gain a suitable return does not fit with many institutions’ mandates, and it is not possible to gain sufficient retail participation to support a deal of €1bn.

Even if an institution is convinced of the desirability of the funds, the argument is that it might as well avoid the IPO and buy in the secondary market at a discount to NAV, to judge from the experience of AP Alternative Investments.

Despite the recent failures the Partners Global Opportunity Fund IPO at the end of September is hailed as a success. That deal was just €350m, plus an €50m shoe, but it is trading at a premium to NAV.

The Partners Group fund was unique as the firm has access to 150 general partnerships globally. This meant it could deploy funds quickly and it would also invest in several different ways, including direct investments and secondary trading in funds. This avoids the J-curve effect seen initially on private equity fund investments as some of the investments made are in funds that have already passed that low point.

The company also had an immediate use of cash thanks to a warehouse facility from lead banks Credit Suisse and Merrill Lynch. This comprised senior, mezzanine and second-lien debt, and provided a yield from day one.

The lack of yield was seen as a significant problem on Doughty Hanson and bankers involved suggested any future deal would need to have a seed portfolio of assets to have any chance of success. But overall, it looks as if it will be difficult to bring further such deals until the KKR and Apollo vehicles have made investments and traded up into positive territory.