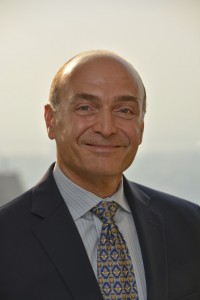 Amount Raised: Not yet available

While Yenni Income Opportunities Fund I is industry-agnostic, it’s currently sifting through “a strong pipeline of proprietary deals” in manufacturing, value-added distribution, and services in the energy, technology and health care sectors, said Musa Yenni, the fund’s chairman and managing partner.

Lower mid-market firms offer more growth potential at reasonable prices because of the larger universe of targets on the selling block; it’s also easier to increase valuations of smaller companies, he said.

“We like profitable companies — that’s key to our annual dividend redistribution strategy,” Yenni told Buyouts. “The lower middle market has thousands of companies for sale and it’s a relatively inefficient market. As we grow these companies, we can exit them at higher revenue, EBITDA and EBITDA multiples. That’s part of the value proposition.”

Prior to launching his firm’s new fund in April, Yenni spent 20 years running Yenni Capital, an investment and consulting firm, which has had three profitable exits in the last three years. Those included the sale of Sunjut Manufacturing to Greif Inc in 2010, generating a 50x net return.

Yenni decided to launch his own fund because having committed capital will make it easier to invest in the “significant, proprietary deals” the firm now sees in the market..

Looking ahead, Yenni Income Opportunities Fund seeks controlling investments primarily in the U.S. and opportunistically outside the U.S. for up to 25 percent of its fund commitments.

Yenni Capital traces its roots to 1991 after Yenni had completed stints on Wall Street at Goldman Sachs, Oppenheimer and Cowen & Co. The executive had previously worked at IBM and Intel. Yenni earned an MBA in finance and marketing from Harvard Business School and a B.S. in engineering from the University of Michigan. Other principals at the firm include Jose Guillen, Dave Moylan, Gregory Floyd and Armando Soto.

(Correction: Fixes spelling of the word proprietary in the eighth paragraph.)