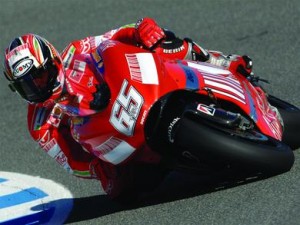 , the iconic “Made in Italy” Bologna-based motorcycle maker, has received a full €390m takeover offer from its three minority shareholders, led by together with Italian private equity peer and Canada’s .

The takeover offer, delivered on February 19 at €1.7 per share, represented a premium of 23% to the closing price on February 18. According to , appointed as financial adviser to Ducati, the offer implied a 2008 multiple of 7.7x EV/Ebitda, compared with one of its closest peers, Harley-Davidson, trading at 5.9x.

The declared aim of the bid, half of which will be financed by , is to consolidate stakes and delist the company. Ducati’s board has responded favourably, stating that the offer “has been positively evaluated, both regarding its price, which appears reasonable, and its conditions, save for in-depth verifications”.

Two years ago, supported by capital increases from Investindustrial, its co-investors and its banks, Ducati – struggling for some years to compete against the dominant Japanese motorcycle manufacturers – was relaunched with a new industrial business plan focussed on racing, premium sport bikes and wider brand exploitation. The aim of the new investors was “to help the company consolidate the Ducati brand both in Italy and throughout the world”.

There has been continued speculation of a merger or industrial alliance with other manufacturers, in particular with Ducati’s much admired industrial role model aimed at older bikers, the US motorcycle maker Harley-Davidson.

Investindustrial, has just closed its fourth Southern European buyout fund, Investindustrial IV at the hard cap of €1bn, exceeding its original €800m target three months after launching. Other investments by the fund include Inaer the on-shore helicopter flying services with a market share of approximately 70% in Spain; The Stroilioro Group, the largest Italian chain of directly owned and operated jewellery and watches and Svenson, the Spanish hair treatments company (see funds & firms p.11)