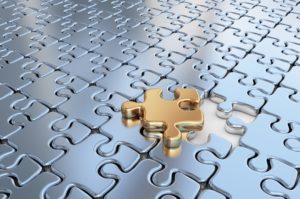 Dyal Capital Partners is targeting $5 billion for a fifth minority capital offering but, if history is a guide, it is likely to bring in a lot more than that.

The target for Dyal Capital Partners V was disclosed in a report issued this month by Minnesota State Board of Investment. The pension system is committing $200 million.

Dyal, a division of Neuberger Berman, is expected to wrap up the vehicle at a “significantly higher” amount, a person with knowledge of the matter told Buyouts.

Bloomberg earlier reported Dyal was looking to secure at least $9 billion for Fund V, which suggests the $5 billion is an initial or minimum goal. The firm did something similar with last year’s Fund IV, the person said, starting off with a target of roughly $5 billion, or near the sum raised by Fund III, and ultimately closing at more than $9 billion.

Dyal declined to provide a comment on this story.

GP stakes funds, which acquire minority interests in private equity firms in exchange for a share of income, have emerged strongly in the past few years, amassing ever-larger dedicated pools. Dyal, along with Blackstone’s Strategic Capital and Goldman Sachs’ Petershill unit, dominate the space, assuming the bulk of capital raised and deals done.

Fund V will follow the PE-oriented approach of its two predecessors, the MSBI report said, with Dyal betting that managers will continue to see increased fund allocations from limited partners. It will also focus on diversifying the portfolio by strategy, vintage year and geography.

Fund V will run “indefinitely,” the MSBI report said. Dyal may, however, pursue full or partial liquidity opportunities, as occurred in a recent $1 billion dividend recapitalization of Fund III. Buyouts in March reported the firm was exploring related options.

Fund III was generating a net investment multiple of 1.53x and a net IRR of 17.5 percent as of March, the MSBI report showed.

Dyal is not the only GP stakes investor on the fundraising trail. Blackstone is also marketing a second offering with a $4 billion target, Buyouts reported in July. After collecting more than $3.5 billion earlier this year, Blackstone could exercise an option to go higher.

New York-based Dyal’s team of 55 professionals is headed by founder and managing director Michael Rees. In May, Buyouts interviewed Rees about the role GP stakes funds are playing to support PE firms during the covid-19 pandemic.