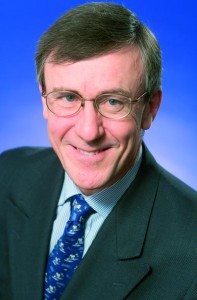 The (EIF) has two new faces at the highest branches of the organization following the double appointment of Richard Pelly as CEO and Jean-Marie Magnette as deputy CEO.

Pelly succeeds Francis Carpenter, whose term of office ended in February. He was most recently managing director at Pall Mall Capital where he focused on debt advisory mandates. He started his career at Barclays Bank in 1977 where he worked for 20 years, eventually rising to the position of COO of Barclays’ French division, BZW France. In 1998 he was appointed as chairman and CEO of Budapest Bank before becoming CEO of UK Business Finance, an arm of GE Commercial Finance in 2004, where he only stayed until the following year upon which he became managing director of structured asset finance at Lloyds TSB Bank.

Jean-Marie Magnette started his career in 1979 as chargé d’affaires at the Banque Générale du Luxembourg. He has worked at the European Commission since 1982, and in 1989 was appointed as head of the unit supervising the management of small and medium-sized enterprises financial instruments in the directorate-general for economic and financial affairs. In 2002, he was nominated as head of unit responsible for the liaison with the EIB Group and the development of new financial instruments. In 2006, he was appointed alternate director representing the European Commission on the EIF board of directors.

EIF is the only European Union body with a specialised focus on small and medium-sized enterprises (SME) financing. It is fund-of-funds investing in venture, notably in early-stage high-tech funds that support SMEs and small/mid-caps companies. It provides guarantees to banks and guarantee schemes for SMEs, and has over €4.4bn invested in some 280 funds and €11.4bn in guarantees and is a key player in helping to finance European SMEs.