Year to date, new managers have raised a combined $39.5 billion, according to Buyouts. 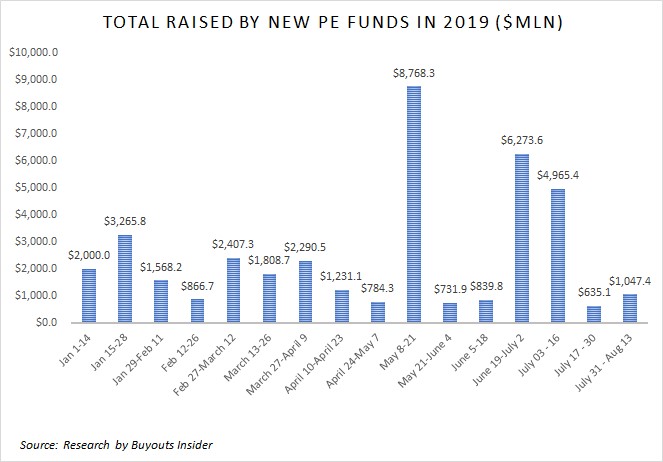 Chicago Pacific Founders raised the most. The firm’s sophomore fund raised more than $399.6 million of a targeted $400 million from just one investor, according to an SEC filing. The firm closed its debut fund at a $325 million hard cap in 2016. The firm was founded in 2014 by Mary Tolan, Larry Leisure and Vance Vanier. It makes buyout and growth transactions in the U.S. and Canada.

Below is a rundown of the most significant emerging private equity and venture funds that Buyouts Insider has identified as being in the market over the past few weeks:

Download a spreadsheet with information about all of the funds: Emerging PE Roundup