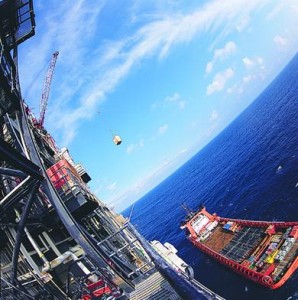 , recently acquired in a secondary buyout by (CBPE) for £142m (€177.9m), has already made its first bolt-on acquisition.

Within a week of acquiring Energy Cranes from , an AIM-listed investment company earlier this month, , acquired for £8.7m (€10.9m).

Baricon was established in Aberdeen in 1988 and has developed a range of Carousels and Tensioner Systems for the storage and deployment of sub-sea pipelines, flow lines, control lines and cables.

The company’s products and systems are supplied either on sale or rental, with technicians available to operate and maintain the equipment. The aim is to bring Energy Cranes into the fast growing subsea cable and pipe-laying market.

Led by managing director Bill Morrison, Baricon operates from factory premises at York Street in Aberdeen’s harbour area. Morrison will continue to manage the business as a wholly owned subsidiary of Energy Cranes. Energy Cranes plans to create several new engineering and technician posts at Baricon immediately, with others to follow.

CBPE invested about £60m in the original transaction for Energy Cranes and has acquired the business alongside the incumbent management team led by CEO John Jordan.

Energy Cranes’ incumbent bank, , led the banking syndicate, which included Barclays, HSBC and Lloyds. As well as finance for the initial deal, the syndicate and CBPE have made an acquisition facility of £40m available to the group to enable continued growth.

Simmons & Company and Paull & Williamsons advised Energy Cranes and LMS on the transaction, CBPE was advised by KPMG and Maclay Murray & Spens, while Ernst & Young and Dundas & Wilson advised management.

The sale has generated net proceeds of £83m in cash and a 4.5 times return, with an internal rate of return of approximately 40%.

Energy Cranes was formed in 2003 when LMS Capital acquired Sparrows Offshore, headquartered in Aberdeen, merging it several months later with American Aero and Titan Cranes, based in the Gulf of Mexico. LMS Capital’s equity investment across the two transactions totalled £17.8m.

The business provides crane-related services to the offshore oil and gas industry, with a presence in the North Sea, the Gulf of Mexico, the Caspian, the Middle East, West Africa, Brazil and Asia-Pacific.

Energy Cranes’ turnover has nearly doubled during LMS Capital’s period of ownership to about £114m for the year ended December 31 2007, with pre-tax profits of £2.7m and net assets at the end of the year of £18.8m. Employees currently exceed 1,700.

Other private equity firms to have invested in crane-related businesses include Kohlberg Kravis Roberts, which bought German crane maker Demag Cranes in 2002 before floating the business in 2006; Carlyle Company, which bought Japanese business Kito Corp in 2003 for US$111.8m; Candover, which bought Crane Hire in 2007 for €300m; and Bank of Scotland Integrated Finance, which backed a £255m management buyout of Ainscough Crane Hire, also last year.