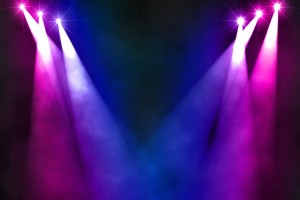 Jordan Company-backed Production Resource Group (PRG) drew a downgrade by Standard & Poor’s shortly after making the latest in a series of acquisitions, as the theatrical technology provider faces an April payment deadline on its debt.

S&P analyst Dylan Singh said the company’s $250 million asset-based lending (ABL) revolver matures on April 15 and PRG may not hold sufficient liquidity to repay the outstanding balance if it doesn’t extend the maturity date. The loan had $184 million outstanding as of September 30.

Overall, PRG has been operating with an adjusted leverage ratio of 7.7x EBITDA. It generates about $45 million to $55 million in cash flow a year and holds about $6 million in cash.

“We view the company’s capital structure as unsustainable over the next year, given the liquidity drain, upcoming ABL maturity, high leverage due to high capital expenditures and potential for additional cash outflows for acquisitions,” Singh said.

His negative outlook on the company’s debt “reflects our view that PRG could face a default” when the ABL revolver matures, he said in a February 2 research note.

Jordan Company acquired the Armonk, New York-based company in 2007 as part of its focus on business services, according to the firm’s website.

S&P lowered its corporate rating on PRG to CCC- from CCC+. A CCC designation means it’s currently vulnerable and dependent on favorable business, financial and economic conditions to meet financial commitments, according to S&P’s ratings definitions.

PRG in January said it completed its acquisition of assets of DigitalSound Production Services Inc (DPS) in a move to expand its lighting and film equipment inventory in the Los Angeles market. PRG purchased the items in a sale out of bankruptcy.