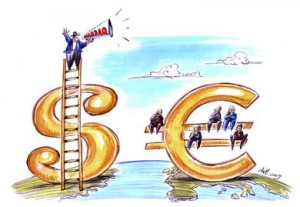 The British venture capital and private equity trade association, the BVCA, published some new research this month comparing the UK venture capital market with its historically more successful brothers in the US and Israel.

Of the many findings, one that stood out was the importance of a secondary public market to enable VCs to realize their investment. The US has NASDAQ, which the BVCA report justifiably refers to as “by far the most successful secondary market in domestic and international stock exchanges”. In Europe there are a slew of secondary exchanges, each set-up by individual nations aiming to replicate the achievements of the US giant. All have failed to even come close.

It’s an old issue, but one that remains critical to the development of venture capital in Europe. Time and again it is brought up by VCs as a reason why Europe lags behind the US – over on the other side of the pond, there is a whole eco-system set-up around NASDQ, with technology banks, technology advisors and stock brokers all creating a system whereby tech companies can access the public markets with relative ease.

There is no such infrastructure in Europe, the fragmented nature of the numerous national bourses make this very difficult. This is not to say NASDAQ only provides liquidity for US investors – both Europe and Israeli VCs have benefitted, with the bulk of IPOs by Israeli companies between 1991 and 2005 appearing on the US exchange – but a pan-European equivalent would open up a whole new pool of liquidity for locally-based companies.

The most successful attempt in Europe has been London’s AIM, but this has often been the subject of quite severe criticisms, and not just by envious US regulators. Numerous VCs and small-cap private equity managers have claimed that AIM is full of tiny, unattractive companies that are clogging up the system and damaging the market’s true potential. EVCJ covers this very topic in this issue (p6), with one interviewee claiming that “most of the companies on AIM wish they weren’t on it.”

One of the recommendations the BVCA report makes is the establishment of a pan-European exchange. It finds that the current batch of national stock markets within the EU are “too small and fragmented to provide the necessary liquidity to venture capital-backed companies looking to raise significant sums of capital to fund their expansion”.

It proposes either reforming AIM or creating a new one from scratch, and calls for a review to be opened into the feasibility of a pan-European public market.

Whether the EU is receptive to such calls is unknown, but there is reason to be skeptical. As EVCJ revealed a few weeks ago, the European Commission originally wanted the threshold for disclosure to be for funds as small as €10m, so there appears to be little love in Brussels for the venture capital community.

However, economically, this is a new period for Europe and the world, and this calls for new ways of thinking. If the powers that be in the European Commission truly want to kick-start a recovery, the creation of a pan-European stock exchange for technology companies would go some way to achieving that.