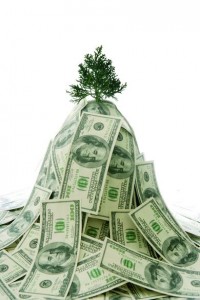 The development of venture capital finance, like so many developments across the EU, has varied in character from member country to member country. In the UK the model adopted was very similar to the successful US model. It worked because equity finance for capital-hungry early stage companies had been in very short supply. Banks had been prepared to lend on the back of tangible security but they shied away from lending to early stage companies that had few tangible assets and were loss-making. Companies exploiting innovative technologies were definitely not a target for their financing.

Elsewhere in Europe, there were mechanisms to secure such funding but they were available inconsistently. Perhaps the most effective was the “Silent Partnership” in West Germany, where private companies could attract equity type finance from a Silent Partner who would receive equity type returns but would not become a shareholder in the traditional sense. The attraction to the owner of the business was that he stayed in 100% control of the business. Furthermore, the German banks were prepared to take a much longer-term view of their lending and take more equity-like risks. The result was the phenomenal success of the Mittelstand companies in Germany.

In the rest of Europe, equity for emerging companies was in very short supply and by the early 1980s, this was reflected in the relative underperformance of the European economies compared to the US and Japan. Hence the European Commission’s interest in promoting new financing mechanisms for emerging companies exploiting innovative technologies. The success of such companies in promoting the mini and micro computer revolution as well as the nascent biotechnology industry in the US was there for all to see. Europe could not be left behind.

In Britain, the BVCA had been formed a little earlier than the but its precursor, the Venture Capital Lunch Club for industry participants, had been operating for a year or so before that. It received a remarkable amount of support from the UK Government and the Bank of England because it epitomised the new culture of enterprise and the market economy, which was reborn in Britain under Margaret Thatcher. The BVCA became a powerful voice in Britain in the promotion of its membership’s interests but it had no voice in Brussels and the emergence of the EVCA enabled it to work in parallel with the BVCA.

Perhaps the BVCA’s voice was so powerful because it collected comprehensive statistics about the industry’s activity and performance from its very early days and published them in a form that enabled policy makers to endorse the venture capital culture. The EVCA has done likewise in bringing Europe’s statistics together although it has been hampered by different attitudes to disclosure in various countries brought about by more or less developed venture capital industries or the effects of blatant nationalism resulting in inconsistent presentation of statistics. At last that is changing for the better as the EVCA becomes the central collection and processing organisation for statistics.

This all sounds very positive but the economic cycles of the 1980s and 1990s took a heavy toll on the industry, which found it far harder to grow young innovative companies into the world champions that had so successfully emerged in the US. As the returns expected from the industry failed to match those in the US, investors naturally sought access to US venture capital partnerships at the expense of investing in their European counterparts. Being responsive to market need many of the industry’s key participants moved their centre of activity away from venture capital investment towards buyouts. It was clear that businesses with established markets and predictable cash flows would make far more secure investments. Whilst the performance of the companies was probably more mundane, the financing package could be leveraged with debt to improve returns to investors.

This approach also reflected many European governments’ interest in improving the competitiveness of their industries, which were suffering from competition from the former Soviet Bloc countries and the Far East. Private equity provided an opportunity to revamp the operations and performance of many companies without the public scrutiny that is a feature of being a public company. It has been very effective and has led to a massive increase in the capital available for such investment. Private equity has moved from being an alternative asset to being in the financing mainstream, attracting close scrutiny from investors, politicians, the unions and the media. A substantial proportion of private sector employment is now in companies which have been financed by private equity.

Both the BVCA and the EVCA have inserted private equity into their titles and now represent the industry from traditional venture capital through to the biggest buyouts. The industry’s move to the mainstream has brought new and heavy responsibilities on its practitioners. I was the first BVCA Chairman 25 years ago when the role of the BVCA was to represent a pioneering industry and much that we did was informal but it allowed us to identify and promote best practice. From the start we wanted the industry to be recognised as acting responsibly and not as a bunch of cowboys. As a result, even at that time, we started to introduce codes of practice, disclosure etc and signed up to them informally.

When I became the EVCA chairman in 2005, at the end of my venture capital career, it was daunting to see what a powerful industry had emerged over that 23-year period. Likewise the professionalism that the BVCA and EVCA had developed in parallel. The EVCA was leading the thinking on common standards for the corporate governance and accountability of the industry. Most participants were happy to adopt the self-regulation which this implied but the industry was growing so fast, and was so active, that the risks of public perception turning against the industry were often ignored.

At EVCA conferences and elsewhere I spoke vigorously in support of the EVCA secretariat’s efforts to introduce better self-regulation and many practitioners responded. Nevertheless too many stories of irresponsibility emerged in the media and the industry was forced onto the defensive. We have recovered some lost ground but too much goodwill for the industry has been lost in the process. There is a major effort needed to make the positive case for the industry so that respect is regained.