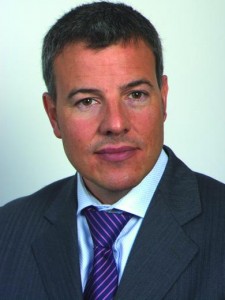 Acknowledging European VC’s poor standing in the international investment community and its consequent difficulties in raising funds, Echarri called on “policymakers to take a new look at venture capital.”

The first RCAP scheme was in place until 2003, and was given the specific brief of removing barriers to venture capital investment across Europe. According to EU figures, the original RCAP directly or indirectly contributed to €75bn of investment across 30,000 high-tech companies. EVCA estimates that for SMEs in general, €147bn was invested in almost 70,000 SMEs as a result of the programme.

This isn’t to say the plan was a complete triumph. It was weighed down by political baggage – regional considerations were important determinants of where support was channelled for example – and by objectives which seemed at odds with each other. On the one hand the plan wanted to maximise the number of SMEs in Europe, and on other it wanted to create a European venture capital industry. Given that a successful venture capital model hinges on selectivity, the mutual exclusivity of the objectives hindered the aims somewhat.

Nevertheless, RCAP is estimated by EVCA at having contributed to the emergence of 300 venture funds. When the plan was launched, venture was a fledging industry with only a handful, which is why EVCA is calling on the new plan to look at the situation in a contemporary context.

Echarri said: “It is time for the EU to refine the way it views venture capital within a broader Risk Capital Action Plan for 2020. Venture is not about general capital provision for SMEs – which rightly enjoys support from numerous public initiatives – but rather it is highly selective and focuses only on technology with world-beating potential. To ensure it is able to fulfill these expectations, public policy must assist in attracting private sector capital in quantities that reflect this industry’s great potential.”

EVCA’s proposal is a 10-year plan where every two years €300m will be mandated to a fund-of-funds, or shared between two, which have developed a strategy which has venture capital at its core but also allows some investment in other areas like growth equity and infrastructure.

The ability to invest in growth equity and infrastructure is important. Thomas Meyer, a director at the EVCA, conducted a small straw poll of fund-of-funds, asking them how much they would need to invest in European venture capital a year to be profitable. The answers ranged from €70m to €100m.

Given the average size of most European funds is around €85m according to EVCA’s industry stats for 2008, such investment would be difficult. By adding growth equity and infrastructure to this core of venture capital, the proposition of managing an EU mandate under the RCAP 2020 banner becomes more appealing

It is important to come with the right fund size to make it an attractive mandate for fund-of-funds. Too small and the returns will fail to have a meaningful impact on IRR, too large and the problem is finding the enough good VC fund managers to invest with.

This has been one criticism of the UK’s Innovation Investment Fund (IIF). The IIF is a fund-of-funds that will invest £1bn over 10 years only in UK venture funds, which critics say is too small a pool to invest such a large amount of money in.

Like the IIF, any fund-of-funds awarded the mandates will have to match EU money with private investment. The hope is that this will ultimately end VC dependence on public support. “This proposal would ensure that public funding is used to generate a strong interest in European venture capital and ultimately ensure the advent of European institutional investors focused on European venture,” said Echarri.

The idea is currently going through the consultation with EVCA’s member’s phase, with the next steps over the remainder of this year and into 2010 to create a consensus at industry and EU level for such an approach. The aim is to implement the proposal in 2011.