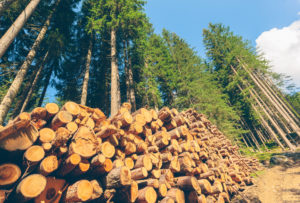 Timber Bay Partners, formed by executives from Fort Washington Capital Partners to target lower-mid-market secondaries, is targeting $250 million for its second fund, according to a person with knowledge of the firm.

Timber Bay’s second fund does not have a cap, the person said. But considering demand, the fund could raise up to $275 million, the person said. Fund II had raised around $145 million as of April from 52 investors, according to a Form D filing.

The firm targeted $200 million for its first fund in 2017, which had a gross asset value of about $172.6 million as of March, according to the firm’s Form ADV.

No one from Timber Bay returned a comment request Tuesday. Metric Point Capital is working as placement agent on the fundraising. Timber Bay managed about $313.3 million as of Dec. 31, 2020, according to the Form ADV.

The firm focuses on GP-led deals like fund restructurings and more traditional LP portfolio sales, the Form ADV said. It’s typical deal size is $100 million or less, according to its website.

In 2019, the firm invested alongside fellow secondaries shop Committed Advisors in the spin out of T-street Capital from Opus Bank, according to a statement at the time.

Joseph Woods, managing partner, is principal owner of Timber Bay, according to the Form ADV. He formed the firm in 2016 along with partner Phil Johnson. Woods formerly was managing director and head of secondaries at Fort Washington, where he worked from 2008 to 2016, according to his LinkedIn profile.