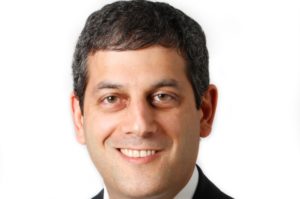 On Monday Momtazee announced the launch of his firm, Patient Square Capital, which will focus on investments in healthcare-related companies. He spent 21 years at KKR and helped form the healthcare industry group, and spent 10 years leading it.

It’s not clear when Patient Square will launch its debut pool. A person with knowledge of the firm said Momtazee has no plans for “near-term” fundraising.

First-time funds generally are challenging to raise, a prospect made even more challenging by the pandemic downturn. Limited partners in today’s market tend to stick with their established managers in what some call a flight to quality.

The exception, however, is emerging firms formed by well-known executives who already have relationships with limited partners. These funds are generally easier to raise as LPs are more comfortable backing a known executive with a discernible track record of investments.

Momtazee helped form KKR’s healthcare investing group in 2001 and then led the group for 10 years, according to his biography included in the announcement of Patient Square. He joined KKR in 1996.

Sources said he is still building out the firm. One executive joining Momtazee is Maria Walker, partner and chief financial officer. Walker spent 17 years working at KPMG as senior partner and a global lead in the private equity practice, the announcement said.

Update: This story was updated to include information that Momtazee spent 21 years at KKR.