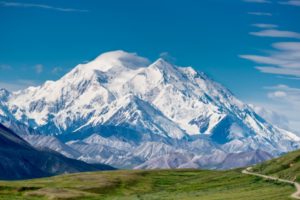 Denali Growth Partners was founded last year by Jesse Lane, according to a Form ADV. It will focus on the technology and healthcare sectors, both of which have seen positive tailwinds during the coronavirus pandemic.

The firm had about $166.5 million in commitments as of February 5, according to the Form ADV. This week, State of Wisconsin Investment Board announced it had committed $50 million to the fund in the fourth quarter of 2020.

It’s not clear how much the fund is targeting, or how much it’s raised so far. The firm did not respond to a request for comment.

The fund will focus mostly on North America and make both minority and select control investments in healthcare technology and technology-enabled services. The firm targets companies that are profitable or have a path to profitability, that require low capital expenditures and “capital-efficient business models.”

Lane worked two stints at Summit Partners. He first joined in 2007 as an associate and left in 2010, then returned as a principal from 2012 to October 2020, according to his LinkedIn profile. Sister title PE Hub reported Lane returned to the firm as a vice president in 2012 and became a principal in 2016.

Lane is a graduate of Harvard University and Stanford University Graduate School of Business. He is listed as the founder and managing director of Denali as of February.

His profile also indicates he has made personal investments in several healthcare tech companies, including eClinical Solutions, Modernizing Medicine, and Advance Health and non-healthcare businesses Club Champion and Winshuttle.

The Form ADV also lists Brenda Leah McKeehan as the firm’s chief compliance officer. It was not clear what her employment history was.