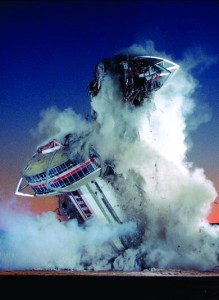 During the private equity boom years, Central and Eastern Europe (CEE) was regarded by many private equity infrastructure investors as a near perfect investment destination – debt was cheap, competition was rife and EU accession had removed much of the political and regulatory risks.

Fast-forward to today and 2009 paints a very different picture. Debt and economic growth are non-existent, CEE currencies are in freefall and instead of private equity firms competing over who can raise the largest fund, they have abandoned the area altogether.

“The issue in CEE is the credit quality has declined,” says Paul Woodbury, a partner at private equity firm Henderson Global Investors. “Until it is clear what can be done to shore up capital and credit it will be a difficult region to invest in.”

Where will these infrastructure funds invest? Some believe they will head to the more familiar investment ground of Western Europe and take over ‘cooked’ deals, those that are near or at completion. “Western Europe and the US have good infrastructure projects to invest in; with prices continuing to fall it make sense to go where you are comfortable,” says Lennart Blecher, senior partner at Nordic buyout firm EQT Partners.

But contrary to Blecher’s assessment, Western Europe has shown little immunity to the infrastructure drought that has been brought on by the debt freeze and investors have recognised this. Since the second half of 2008, there has been a noticeable decrease in the size of funds that are being raised in the region. According to Preqin, from Q2 2008 an aggregate capital of US$11.08bn was raised from six funds. Six months later, in Q4, the same quantity of funds was raised but the aggregate fell by almost half to US$5.79bn. It is clear that Eastern Europe is faring worse than Western Europe in terms of fund raising, but the figures don’t suggest there will be a massive influx of new deals coming in from the East.

Instead, it is likely that cautious private equity-backed infrastructure firms will sit on their billion-dollar funds and wait for valuations to fall further and eventually stabilise before they invest in the region. “Citi has raised a US$5bn fund and so far hasn’t made any deals out of it. Valuations are down 20% to 30%. This is not a time to be selling,” says Ronan O’Sullivan, partner at law firm Paul Hastings.

Aside from unstable valuations, firms are also reluctant to invest in the region because of recent currency and GDP instability. The Czech Republic’s economy shrunk by 3.4% year-on-year in Q1 2009, the worst figure on record and a much worse result than expected as exports suffered from a collapse of Western European demand. Hungary and Romania also declined by 6.4%.

Efforts are being made to stabilise economies in the region and eventually free up the debt market to make deals possible. A €24.5bn stimulus package has been provided bytThe World Bank, the European Bank for Reconstruction and Development (EBRD) and the European Investment Bank in association with the IMF in a bid to get deals done. However, the EBRD president does not expect recovery in CEE until 2010.

With a pessimistic eye on the future, Henderson Global’s Woodbury is predicting a much longer wait for the region’s economy to return. “The damage that has been done to financial institutions that are exposed to this area and it will take five years to recover from. I wouldn’t be sure that private equity will go back to CEE. It will depend on how deals look relative to deals in more mature countries like Western Europe,” he says.