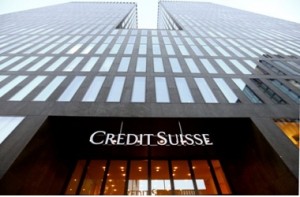 The timing of the news—which coincided with Credit Suisse’s annual leveraged finance conference in Florida—also raised eyebrows and led many to conclude that regulators wanted to make an example of the bank and cause it as much embarrassment as possible.

“There has been speculation for a while that the regulators are frustrated with the level of compliance in the market with the guidelines and the impact on deal quality and were looking to escalate with those banks,” said one banker. “This [letter to Credit Suisse] is the first evidence in the market. It will absolutely have an effect. All risk managers will say, ‘Thank God it’s not us, and let’s look at it to make sure we’re not in the public eye.’”

The guidelines, spelled out in March 2013, focus on loans that can be criticized or considered “non-pass” if a company cannot amortize or repay all senior debt from free cashflow, or half their total debt, in five to seven years. Leverage levels exceeding 6x debt to EBITDA after asset sales are also viewed as problematic.

Many market participants said the letter was justified, noting that the Swiss bank had been particularly aggressive when underwriting mid-market leveraged buyouts. Credit Suisse is ranked sixth in Thomson Reuters’s U.S. leveraged loan league tables, and fourth in the U.S. high-yield bond rankings, having grabbed market share by underwriting some of the most aggressive leveraged buyouts of the year. Those over the 6x limit that Credit Suisse was involved in include Travelclick, acquired by Thoma Bravo in March from Genstar Capital, Applied Systems, which Bain Capital LLC agreed last November to sell to Hellman & Friedman LLC, and Inmar, which ABRY Partners bought in January from New Mountain Capital.

“They have shot themselves in the foot,” said one investor. “I can’t believe they didn’t get this letter nine months earlier.”

One market source said the Fed sent the letter as long ago as July and that the matter had been resolved, but declined to give further details on what the contents were.

Both Credit Suisse and the Fed declined to comment.

Market participants have complained for months that the guidelines set by the Fed, the Federal Deposit Insurance Corp and the Office of the Comptroller are too opaque. But the slap dealt to Credit Suisse shows they mean to stamp out bad behavior once and for all.

“When the guidelines came out, no one knew the regulators’ tolerance—and whether it’s 25 percent or zero. [This shows] it’s zero,” said the banker. “Regulators are getting tougher.”

Paul Forrester, a leveraged finance partner at the law firm Mayer Brown, said MRIA letters are relatively common. “They’re a way for regulators to get the attention of senior managers, and banks have to give an institutional response,” he said.

Some rival bankers clearly think that Credit Suisse was getting the telling off it deserves. “We and others have felt that Credit Suisse has not been listening more than other folks,” said one debt capital markets banker. “Most banks have gotten more conservative and Credit Suisse has used it as a way to gain market share. A lot of people complained to regulators and the chicken has come home to roost.”

Another senior leveraged finance banker said it now felt like a more even playing field across the Street, noting that banks including Credit Suisse and Deutsche Bank had reined in aggressive lending.

But the ground is still murky, and people are on edge. Deals well in excess of the 6x ceiling are still getting done. The leveraged buyout of Acosta Sales and Marketing, which The Carlyle Group agreed in July to acquire from Thomas H. Lee Partners LP, for example, is roughly 8x leveraged, though bankers argue the business can cope with that amount of debt.

“Banks will go through the motions, but if they can structure a deal at 7x leverage and syndicate it in the market, they will do it,” said Forrester.

Another senior leveraged financed banker also said banks were finding it hard to balance keeping regulators on side and making money. “We have to comply because we don’t want letters or warnings, but we are trying to run a business. If you don’t get an MRIA, in some respects, you don’t have a business,” said the banker. “Some banks will get slapped, but it’s going to be a long slog.”