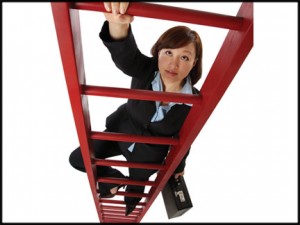 Fenway Partners, the New York-based buyout shop with $2 billion under management, seemed ready to take its place as a premier middle-market buyout firm in the late 1990s, when it drew in $900 million for its second fund, up handily from $530 million in its inaugural vehicle

While the 19-year-old private equity firm has attracted some high-profile limited partners, such as the Oregon Public Employees Retirement Fund, the $700 million Fenway Partners Capital Fund III remains in the bottom quartile for the 2006 vintage, according to pension fund performance data analyzed by Buyouts. The firm has also seen several executives depart since Fund III.

Between the low performance figures, loss of key personnel, and a six-year-plus stretch since their most recent funds, KRG Capital and Fenway Partners could find themselves among the growing list of private equity shops facing an uphill battle to raise another institutional fund.

It’s a large and growing bucket. Nearly 1,200 private equity funds can be classified outright as zombies, or firms that still manage money but can no longer raise institutional funds, according to a study earlier this year by Preqin. Some estimates put the assets under management of such firms at over $100 billion.

Indeed, a whole cottage industry has sprung up to unleash value trapped in moribund funds. HarbourVest said it plans an alliance with Dubai-based Lagoon Capital Partners to back spin-outs from existing private equity firms and restructuring of underperforming fund in the Middle East and North Africa. The Boston advisory shop will tap into its $3.6 billion Dover Street VIII fund to fund the deals. Meantime, the Canada Pension Plan Investment Board plans to continue to make direct investments in downtrodden funds, after injecting more than $1 billion in two ailing vehicles over the last two years.

Yann Robard, vice president in charge of the secondary program at the $193 billion CPPIB, said his group plans to invest about $5 billion over the next five years on “portfolio liquidity solutions”—a term he prefers over zombie funds. The figure amounts to half of the CPPIB’s $10 billion secondary program. The CPPIB secondary team is expected to grow to about 20 people from 15 now, he said.

“Previously [LPs] had two choices: complain to GPs and hope for the best or sell at discount in the secondary market,” said David Philipp, co-founder and managing director at Crestline-Kirchner Private Equity Group, a partnership founded earlier this year. “Now the options range from replacing the GP to giving them more resources and management oversight.”

The fund’s IRR is negative 2.5 percent as of June 30, according to the Oregon Public Employees Retirement Fund. That compares to a median return of 7.5 percent for its vintage year, according to Buyouts estimates (see accompanying chart). Among its challenges, Fenway Partners faced the 2012 bankruptcy filing of charter bus operator Coach America. It has since stopped investing in the transportation sector.

A person familiar with Fenway Partners said the firm hasn’t ruled out raising its Fund IV, and that it has completed some successful exits recently.

Just last month, the firm generated a 2.4x return on the $415 million sale of  American Achievement Group Holding Corp, a maker of class rings and letter jackets, to Jostens, part of Kohlberg Kravis Roberts & Co.’s Visant Corp., according to a source.  Proceeds from the sale are earmarked for LPs in the vintage 1998 Fenway Partners Capital Fund II LP. The deal is expected to close in the second quarter of 2014.

And in June, 2012, Fenway Partners sold 1-800 Contacts Inc to health insurance giant WellPoint Inc for a reported sum of about $900 million and a 4x return. At the time, a source told Buyouts the firm will have returned half of Fund III to investors.

In May, the firm reportedly prepped Easton-Bell Sports, maker of Riddell helmets for the National Football League, for a sale that was expected to draw a price as high as $900 million. In one potential setback, former pro football player Bobby Douglass filed a lawsuit against the NFL and Riddell on Nov. 2 over head injuries during his career.

Meantime, some executives have left Fenway Partners. Along with the announced departure of Aron Schwartz, managing director, in 2012, other executives to leave the firm in recent years include managing directors Marc Kramer, Mark Genender and Mac LaFollette.

“What’s incumbent on us over the next 24 months is to return capital to our limited partners,” Dresdale told Buyouts in 2012. The firm had hoped to begin raising a fourth fund, possibly in 2013.

James Sinks, spokesman for the Oregon Public Employees Retirement Fund, said the fund doesn’t categorize investments as “zombies” or any other form of the undead. He declined to comment about whether there are plans to reinvest in Fenway Partners.

“We invest and reinvest in folks that have a solid track record,” Sinks said in an email. “Clearly, it’s [Fenway] is not in the black, but it is also not the worst performer in the 2006 vintage.”

Oregon committed $50 million to Fenway Partners Capital Fund III in 2006 and had paid in $69 million as of June 30. Oregon has received $41.2 million in capital distributions from the fund and the fair market of its remaining investment is $22.6 million for an investment multiple of 0.9x.

Focusing on health care services, industrial, energy services, infrastructure as well and packaging and labeling, the firm targets platform candidates with EBITDA ranging from $10 million to $100 million, according to its website. It lists ten portfolio firms on its website, including Aurora Diagnostics, Diversified Foodservice Supply and Federal, a manufacturer of components for the oil and gas industry.

On the deal front, KRG has made a few additions to its Fund IV portfolio in recent months, including by acquiring China-based ICD, Fast Forward Medical and  AC Label.

But KRG’s vintage 2005 Fund III was generating a negative IRR of 5.8 percent as of Sept. 30, 2012, according to data from backer Regents of the University of California. And Fund IV’s IRR of 11.4 percent remains below the top-quartile threshold of 14.3 percent for its vintage year, according to the Buyouts performance database. Sister publication peHub reported in January that KRG Capital could launch Fund V in 2013, but so far that hasn’t happened.

Instead, Mark King, a co-founder of the firm, left KRG Capital in May and now works as CEO and managing director of Denver-based Revelstoke Capital Partners LLC, a buyout shop focusing on deals with equity commitments of $10 million to $250 million. Other ex-KRG executives at Revelstoke include co-founders Simon Bachleda and Dale Meyer, who had headed up fundraising at KRG Capital.  An email to Revelstoke by Buyouts was not answered.

KRG Capital’s remaining executives, Bruce Rogers, Steve Neumann, Blair Tikker and Ted Nark, are talking to investors about launching KRG V with a target of $1 billion in late 2014 or 2015, according to a source familiar with the firm.

Signficantly, KRG Capital’s LPs supported its request for a one-year extension of the investment period on Fund IV, according to a source. KRG
Capital now has until July, 2014 to complete its platform acquisitions and until July 2016 to finish add-on deals. The firm still has about $350 million of commitments remaining for Fund IV. Among LPs, Pennsylvania Public School Employees’ Retirement System had contributed about $208 million out of its $300 million commitment to the fund as of Sept. 30, 2012.

Whether KRG Capital and Fenway Partners launch new funds and get to the finish line on them remains to be seen. But if not there will be plenty of firms looking at their situation as an opportunity.

“As more of these deals get done and as the market gets educated…it’ll be more accepted,” said CPPIB’s Robard. “LP secondaries in the early 2000s were not looked on in a very favorable way, yet today it’s an accepted way of managing your portfolio. We’re in the early days of an opportunity set which may be has been cast in a negative light but it’ll become more positive.”