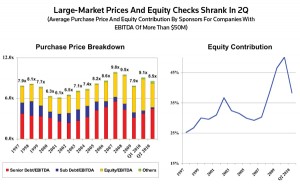 As Congress prepared final action on financial reform in mid-July, buyout pros began to turn their attention to the apparently inevitable requirement that they register with the Securities and Exchange Commission.

The registration rule will impose not only an obligation on private equity firms to file annual paperwork with the federal agency, but also to develop compliance policies, educate employees, undergo examinations and keep tighter records.

Although financial reform had long been expected to sweep up hedge funds and other hot-money investors with a registration requirement, others had anticipated that the patient capital of buyouts shops could avoid registration. “If I were compiling a list of people who were surprised, PE firms would probably be at the top of the list,” said Barry P. Schwartz, a partner at the regulatory consultant ACA Compliance Group of Boca Raton, Fla.

The law will impose requirements both substantial—such as the development of a compliance manual that is customized to the individual operations of a firm—and subtle—such as monitoring the tone and content of e-mail messages, which will need to be archived for later review, Schwartz said.

The bill, which at press time was awaiting final action in the Senate, would require registration by any firm that has more than $150 million of assets under management, although it did carve out an exemption for venture capital firms.

No one knows how many firms, which now are largely unregulated, will be affected by the new rules. An SEC spokesman said the agency does not distinguish between buyouts partnerships and other firms that file Form ADV as investment advisers.

The SEC already has been stepping up its monitoring of buyouts shops. The agency announced a reorganization in January that created five specialized units in its enforcement division. The SEC called the move its most significant reorganization since the 1972 establishment of the division.

One of the new units, the asset management unit, to be led by Bruce Karpati and Robert B. Kaplan, was to focus expressly on investigations involving investment advisers, investment companies, hedge funds and private equity funds.

The concern was not the market performance of the advisers, per se, but the way those advisers report their results to investors, whether individual holders of mutual funds or sophisticated limited partners, Kaplan said in remarks at the time. “By developing and maintaining a more detailed and specialized knowledge of the industry, we will gain the insights and understanding of the operations, motivations and strategies of investment advisers.”

Lee Duran, a partner and the private equity practice leader at the accounting and advisory firm BDO, said that even firms under the $150 million limit would be likely to seek registration; for instance, if those firms planned to grow above that level. “Most firms are going to default to registration,” he said.

As time goes on and registration becomes the norm, LPs are likely to look askance at GPs that have not signed up with the SEC, he predicted. “Investors are going to like the idea of investing in a registered fund.”

Closer scrutiny by the government also is likely to put greater pressure on firms when it comes to analyzing the value of their portfolio holdings, said David L. Larsen, a managing director at the financial advisory and investment banking firm Duff & Phelps LLC and a leader of the corporate finance consulting practice in its San Francisco office.

Fund sponsors have long had a duty to report fair value of portfolio holdings to their investors, typically quarterly, but before the collapse of the Internet bubble in 2000, it was usually adequate to use a cost basis to approximate fair value, or to use the most recent fund-raising of a venture capital backed firm.

But since corporate valuations have been whipsawed by the credit crisis, “best practice is evolving to use a third party to validate management’s fair value estimate,” said Larsen, whose firm provides such services.

An estimated 60 percent or more of larger buyout shops use third parties now, and the practice is already well-established among business development companies, which are more tightly regulated than buyout shops, Larsen said. “I don’t know what that means for the normal private equity firm. What we do know is that BDCs, virtually across the board, use a third party, with the nudging, let’s say, by the SEC.”

Correction: Duff & Phelps LLC is a financial advisory and investment banking firm. In the original version of this story, posted on July 19, 2010, Buyouts misidentified the firm as a ratings agency.