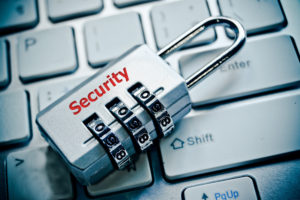 Crosspoint Capital, a first-time firm that just closed its debut pool on $1.3 billion, plans to build out a concentrated portfolio that will give it time and space to work operational changes to its portfolio companies that require that kind elbow grease.

Crosspoint, formed by veteran tech CEO Greg Clark, brings a heavy operational focus to its investment strategy, a characteristic that helped it attract LP attention at a time when many investors were eschewing new managers. The firm’s debut tally makes it one of the largest first-time tech funds ever raised.

“There’s so much capital out there, it’s really hard to differentiate yourself,” said Ian Loring, managing partner at Crosspoint, who joined the firm last year from Bain Capital, where he co-led technology investing. “What came through in our fundraising, as well as what’s apparent in our deal flow, people really like our sector specialization.”

Groups with specialization in specific sectors are able to bring understanding of deal opportunities, risks, as well as post-transaction value-add, Loring said.

Buyout funds held 41 percent of global PE assets under management in 2020, down from 62 percent in 2010, according to Bain & Co’s global private equity report published earlier this year. Other strategies like growth, venture and distressed took a greater share of AUM by the end of last year.

And within the buyout category, generalist funds have been losing share to specialist managers. The share of capital raised for the classic buyout fund (as Bain & Co names it) slipped to 56 percent at the end of 2020, from 80 percent in 2013.

“If you’re a new fund, you need a reason to exist. There’s enough capital in the world … what you need is an idea and experience … to show how you’re different to get LPs excited,” Hugh MacArthur, head of global private equity at Bain & Co., told Buyouts in a recent interview.

Crosspoint has made two investments so far out of the fund: it invested alongside Advent International in Forescout Technologies, and it made a small investment in cybersecurity company Cyware.

The firm figures on making in the range of five to eight investments in Fund I. “We don’t have a mandate around any particular number; the idea is really being able to spend time with our companies,” Loring said.

Because of its expertise in its focus areas – cybersecurity, data privacy and infrastructure software – Crosspoint is comfortable navigating what it describes as a high valuation environment, Clark told Buyouts.

Companies with expensive valuations need to be examined in the context of the whole deal – not just the ticket price but the post-deal valuation plan, Clark said.

It’s this operational phase where Crosspoint brings its weight of experience. The firm’s team is made up of former operators, senior executives and investment professionals – and most of its leadership team worked together at Blue Coat Systems and, later, Symantec, which acquired Blue Coat, which was backed by Bain Capital, in 2016 for $4.65 billion.

Clark formerly led Blue Coat and then became CEO of Symantec after the acquisition. He left Symantec in 2019. The company was soon after broken up when Broadcom acquired its (at the time) $2.5 billion revenue enterprise security business for $10.7 billion the same year. Its consumer security business remained an independent public company rebranded as NortonLifeLock.

Other senior leaders at Crosspoint include Steve Luczo, who has led Seagate Technologies, including two stints as CEO; Hugh Thompson, former chief technology officer of Symantec, and before that, in the CTO role at Blue Coat; and Matt MacKenzie, who formerly worked as chief of staff at Symantec and before that at Blue Coat.

“That history together really resonated with investors,” Clark said.

Crosspoint’s focus on rolling up its sleeves and digging into operations was apparent in its Forescout investment. After the deal closed last year, Clark took over as interim CEO for two quarters to help lead an operational transformation.

Changes involved establishing different sales methods, territory coverage and overseas expansion of Forescout’s product, “to bring the company to its full potential as a global gorilla in the enterprise of things and IoT security” space, Clark said.

The transformation helped the company move from around negative $30 million in EBITDA to EBITDA positive over the two quarters, Clark said. Once the plan was executed, the sponsors were able to install a long-term CEO, Wael Mohamed, which the company announced in March. Mohamed joined from Trend Micro Group, where he worked as president and CEO.

“That really bolstered things toward the end of the fundraise,” Clark said. It helped to partner with Advent’s technology team, led by Bryan Taylor.

Crosspoint is flexible in how it views investments – it’s able to dig into operations and bring in new management, but it will also pursue companies without the need to get heavily involved in transformations.

“We are very much a pro-management organization,” Clark said. Loring added, “We do think of ourselves first and foremost as partners of management teams.”

The firm expects to work on smaller, growth equity deals and buyouts on its own, but will also explore opportunities to partner with larger GPs on bigger deals, Loring said. The firm also plans to offer coinvestments to LPs, he said.

Looking forward, Crosspoint will continue to expand with new hires, Clark and Loring said. “At the end of the day, we all take pride in and enjoy building great companies. That’s why we’re doing this at this point in our careers, building something we can leave behind that will last,” Loring said.