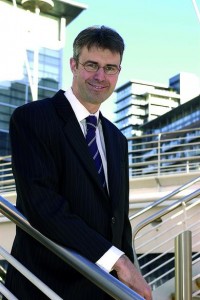 Fund administration is one of the most important issues that new private equity funds face. Zeus Private Equity (ZPE) was founded in September 2005 by Ed Fazakerley, Gary Tipper and Tony Dickin, all former Aberdeen Murray Johnstone Private Equity employees. ZPE is a regional firm, headquartered in Manchester with an office in London – it invests in regional businesses with an enterprise value of up to £50m, pumping in equity of between £3m and £10m, the sweet spot being £5m upwards.

It is looking for companies that are based in the North of England and the South of England that have a strong regional brand or franchise with the potential to go national. The firm wants businesses that have profit growth potential that it can be tapped by implementing operational improvements or structural changes. The firms is not sector specific, but the team at ZPE has experience in certain sectors, namely retail and leisure, business and financial services, construction and building products, healthcare, and specialist manufacturing in the industrial and consumer sectors.

The FSA gave it the thumbs up in early 2006 and the team – then made up of the three founders and a PA – launched their maiden fund in April the same year. It held a second close in June this year with commitments of £65m and is currently chasing down the final close before the year ends, and has just appointed an investment executive in the shape of Beth Houghton to help.

“We made the decision to outsource our fund administration early on,” says Fazakerley. “We are a small fund and our focus has got to be getting out there and fundraising. I have done fund administration before and know it is time consuming. We wanted a specialist to do it so we could concentrate on talking to investors.”

The task is made doubly time-consuming due to the way the fund is structured as two parallel vehicles: Zeus Private Equity Fund, which is for institutional investors, and Zeus Private Equity Private Investors Fund, for private investors, of which there are 40. Fazakerley reckons if the firm had chosen to keep administration in house, they would have had to employ two or three people just to look after the funds. Outsourcing was the best way to go.

They chose Augentius Fund Adminstration, the Ansbacher spin-out. “It gives investors confidence in us if they see that we have someone like Augentius on board. They know they are going to receive the necessary reporting,” Fazakerley observed. The ZPE team didn’t undertake a formal tendering process, deciding on the London and Guernsey based outsourcer based on conversations with Augentius, references from their clients, as well as visiting their office by London Bridge.

The firm talks to Augentius about once a week, just a chat to see if anything has happened that the outsourcer needs to know about, such as an acquisition. The bulk of contact between the two occurs at the end of each quarter when they produce their fund reports and take draw-downs from investors.

The ZPE story highlights what is common practice amongst new firms who don’t want to waste time on the unglamorous administrative side of things. New teams are small and have to get their story out there to the LP community as soon as possible and then get to the real business of doing deals. Many new firms don’t initially hire a Chief Financial Officer (CFO) or a team of accountants, and even fewer will want to do the reporting themselves. By out-sourcing, firms have one less thing on the ‘to-do list’. Raising a fund is hard enough without the bother of setting up a back office, hiring new staff and ensuring the quality of the reporting.

A large proportion of administrators business comes from new funds – the buoyant buyouts market of the past three years has seen a dramatic rise in the number of new faces on the block, and most of them, from anecdotal evidence at least, are choosing to outsource rather than keep it in-house.

ZPE, as well as closing its fund, is also now concentrating on its first deal, which is close to completion, and is planning to add a senior investment executive to the team soon.