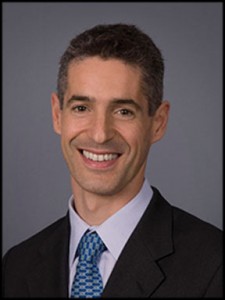 1 We’ve seen some sell-offs in public equities this summer. How has that affected deal-making internationally?

This year has been very strong. On the entry side, in Asia, the valuations are still pretty reasonable even with the recent recovery. On the exit side, the markets have been very active and we’ve seen alot of selling to strategics. The summer correction has done nothing to change that environment. Overall, it’s been a good market to sell things in developed Asia and a good market to buy cheaply in emerging markets. That’s been true for nearly a year now. India has been at a very good entry point, and deals benefited from quick appreciation since the election. We continue to be bullish on Asia and in particular China.

2 How is the environment for U.S. IPOs of Asian companies?

Alibaba and a few other Chinese companies planning to hold IPOs are pretty sizable. They’re not really small caps. They have long track records and they’re in businesses that have been very active in sectors well known to the U.S. capital markets, such as online distribution and gaming. They’re playing to strong themes. The Alibaba IPO is not a major private equity exit. The IPO of Chinese website JD.com and others have been bigger exit opportunities for private equity. Most of the float in these companies is relatively small. These are very mature and fast-growing businesses.

3 What’s your take on the economic outlook for the United States and Asia?

We are in a cycle where there’s still room to run. Our overall view is we’re not about to have a hard landing anywhere in the world tomorrow. Interest rates aren’t expected to rise for a year and a half or so. The U.S. market has been getting better. It’s a good time to get liquidity — we’ve been seeing that across the spectrum. Growth in Asia has been significantly higher than in the U.S. Buying well is a key component of private equity as well, and right now the U.S. is one of the main markets that is getting expensive. The downturn in China has been a real buying opportunity. India in 2012 was a great opportunity. Now we’re seeing some opportunity in Japan. Private equity tends to do well when public markets are struggling.

4 Tell us more about the trend of Chinese private equity firms doing deals in the U.S.?

I’d call it a major trend coming, or already here. We have been investing in the premier names in China. For us, the biggest area of focus is determining their value creation proposition. Chinese private equity firms can deliver Chinese-like growth to U.S. or European companies expanding in China. The question is, do they understand the management teams they are buying? Have those PE firms made money in the sector? Are they the right owners for those assets? Those are the questions we’ll ask a fund.

5  Are Asian private equity managers in favor or out of favor with investors?

The region is still somewhat out of favor. If the investors started investing in Asia in 2005, their experience probably hasn’t been great in the last three or four years. There’s another group who did invest earlier and who made money in the late 1990s. Since they haven’t made much money in the last three or four years, some LPs are beginning to question if they should move out of Asia. They’re looking for places to go. There’s a lot of interest in other areas like Africa. But inevitably they need to answer the Asian question. It’s one of the largest, fastest-growing markets in the world. We have stats that show you Asian M&A and volumes in private equity investing have been picking up in the last few quarters. And now they’re nearly at par with European investing. It’s not a frontier market like Africa.