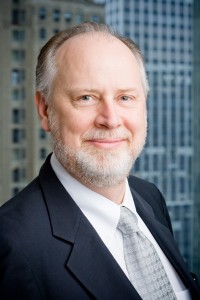 1) David, you recently announced plans to retire this month from Guardian Life Insurance Co, where over the last seven years you helped build their private equity portfolio to more than $1 billion in assets. What’s been the best part of working in private equity?

It has to have been the ability to work with some very bright, smart, creative visionaries in various capacities and various relationships and being part of that creative process, of helping to create something that didn’t exist before, of taking something that was OK and making it better along the way. I’ve also been fortunate to have been a part of groups that have ended up making more money than we lost.

2) What was the best investment you ever made?

On the fund side I’ve had very lucrative relationships with dozens of partnerships. There’s a small buyout shop in Indianapolis, CID Capital, relative newcomers. I took a chance on helping them organize their first fund in 2007 and now they’ve raised a second on the strength of very, very good results. On the venture side, I could point to a number of successful relationships, but my relationship going back to the mid-1990s with Brad Feld and his partners at Foundry Group in Boulder, Colorado, has been very successful for us. My partners here at Guardian have also invested successfully in some direct transactions. One is Santa Cruz Nutritionals, provider of nutritional supplements for kids, brought to us in 2010 by our good friends at Levine Leichtman Capital Partners. We were fortunate enough to jump on that and participate in the success and the rewards.

3) What was the one that got away?

Back in the 1980s, while managing a private equity and venture capital program at the Michigan Department of Treasury, one of my colleagues and I had a chance to invest with Kleiner Perkins Caufield & Byers and actually declined. That was the last time I think that Kleiner Perkins was actually raising capital and marketing themselves to new institutional investors.

4) What do you see as the biggest risk factor that could end the current up cycle?

Raising too much capital as the market begins to peak is always a danger, because they turn out to be less than stellar vintage years. It’s really the responsibility of those investing capital. That goes for limited partners backing general partners without a track record, but also for GPs who are chasing deals but not backing the best management teams they can.

5) What’s been the most surprising trend that you’ve witnessed in your private equity career?

On the disappointing side, even though we’ve all experienced the ups and downs of private equity cycles, it still surprises me how our institutional brethren, ourselves included sometimes, continue to pile capital into the market—including with new sponsors—at the peak of the market. The lesson we should have learned and should be applying more diligently is that you have to act in a contrarian manner to what the current market might be offering, such as by finding good value investments at the bottom of cycles. We continue to repeat the mistakes of the past and that’s surprising. On the positive side, private equity by its nature fosters innovation, and this asset class and the people in it have been successful at finding ways to reinvent the business. That’s why I’m enthusiastic about the future of the asset class.