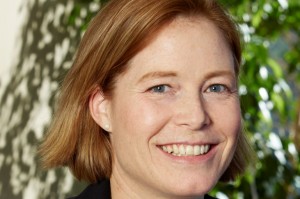 1. The Cambridge Associates U.S. PE index generated negative 1.4 percent in the third quarter, the first negative return in three years. To what do you attribute this?

That was really the impact of energy-price declines feeding through to the private-equity market. The sector was down 12 percent, and that muted returns for the asset class.

Chemicals has been one segment [where] energy is a big [factor] in what they do, and that volatility has created challenges for that segment. Service providers to energy, and a lot of industrial manufacturers, have energy [companies] as an end user of a lot of their products. That was probably the fastest growing component of these conglomerates, so where that used to be the driver for the growth of the business, that has slipped pretty dramatically.

2. A number of funds ramped up their exposure to energy in early 2015. With prices falling, some tried to catch the falling knife. How did those recent deals contribute to overall performance?

The driver for the negative returns in the quarter was big exposures in earlier vintages. So, even as we’ve seen some incremental dollars go into energy, it’s really the exposure that you have in some of the earlier vintages that represent [the markdowns].

3. Was there any vintage where it was most prevalent?

Interestingly enough, it’s actually very prevalent in all of the significantly sized vintages — across ‘07, ‘08, ‘09 and then, I think, in ‘11 and ‘12. Energy’s a big exposure in the biggest vintages, so that’s been kind of doubly impactful.

4. In your mind, is there a relationship between the amount of money raised in a given year and expected performance?

Strong performance tends to attract more capital to the industry, which then gets fed through to the purchase prices of the companies and how that capital gets deployed. We have seen it’s a cyclical industry, and when you have a lot of capital raised, that puts pressure on your [entry] pricing and that means you have less multiple arbitrage.

You’d prefer to be in an environment where there’s less capital chasing deals so you get better pricing.

On the back end … 2003-2005 funds benefited from a lot of capital flowing into the industry during the period when they were exiting these deals. So they had the benefit of being able to sell into a high-multiple environment.

5. Going back to energy: Prices continued to fall in Q4, which presumably will lead to more markdowns, and the public markets were volatile through the early part of 2016. Do you expect these factors to influence fundraising at year end or in early 2017?

You could argue that if you’re in an environment where prices have come down and there’s less credit availability, you’re actually in a better environment to deploy capital moving forward. I think people are prepared for some markdowns in their existing portfolio. We saw that in Q3; I think it’s likely in Q4. We’re not through the end of the first quarter of 2016 yet, but it has been volatile.

On one hand, that should create more discipline in the market. It could also have the impact of bringing people’s overall portfolio down to the extent that, if you have a 10 percent allocation to privates within a larger portfolio, if your whole portfolio is down, then your whole commitment pace should slow. There are multiple variables going into it.

This interview was edited and condensed for clarity by Sam Sutton