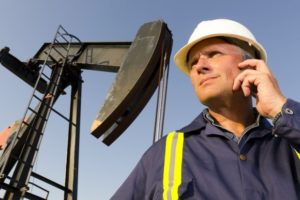 Formentera Partners is braving a tough market for oil and gas private equity fundraising with the launch of an inaugural upstream offering.

The Austin, Texas, emerging manager this month filed a Form D fundraising document for Formentera Partners Fund I, disclosing a target of $400 million. No commitments were secured as of the date of the filing. A placement agent was not identified.

Formentera was founded last September by a team with considerable energy experience. Its partners include Blake London, the former head of energy equity capital markets at Credit Suisse. London, named in 2019 to Hart Energy’s Forty Under 40 list of emerging oil and gas professionals, was with Credit Suisse for 15 years, his LinkedIn profile said.

Another Formentera partner is Bryan Sheffield. He is founder and ex-CEO of Parsley Energy, an oil and gas company operating in the Permian Basin, according to its website. Parsley, backed by Quantum Energy Partners, was this year acquired by Pioneer Natural Resources, where Sheffield worked prior to 2008. The deal was valued at $7.6 billion.

Formentera’s upstream strategy is not the traditional energy PE model of backing teams with equity lines of credit to secure and develop new acreage, sources told Buyouts. It will instead focus on acquiring producing assets from operators who are motivated to sell to free up cash.

Leveraging its team’s domain knowledge, the sources said, Formentera will look to extract further value from producing assets through development.

More information about the firm and its strategy is hard to come by. Formentera does not have a website or a profile under the SEC’s Investment Adviser Public Disclosure system.

Oil and gas PE fundraising has been in decline since 2014, when global commitments peaked at $74 billion, according to Buyouts’ data. Fundraising last year was the slowest in more than a decade, with 32 vehicles securing $22 billion. This is down only slightly from 2019, however, due to closings of a handful of large funds with a full or partial midstream focus.

The backdrop for this is an oil and gas industry facing major headwinds. Going into 2020, industry players were contending with a worldwide glut in supply, which was exacerbated by covid-19’s erosion of fuel demand. While demand and prices are improving, the outlook remains uncertain.

Formentera did not respond to a request for comment.