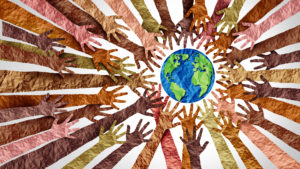 Private and community foundations anticipate increasing their allocations to private equity at higher rates than other asset classes over the next three years, according to fresh research from Commonfund Institute.

“Private equity and venture capital have been doing quite well. If you have a sizable exposure to private equity in your portfolio, you’ve experienced a nice alpha generation boost and have been rewarded for locking in capital,” said George Suttles, executive director of Commonfund Institute.

Around 30 percent of respondents from private foundations with more than $500 million in assets said they planned on increasing allocations to private equity and venture capital over the next three years, according to the 2021 Council on Foundations-Commonfund Study of Investment of Endowments for Private and Community Foundations.

A similar percentage of respondents from institutions with assets under $101 million also intend on upping their private equity and venture capital allocations in the coming years, the study said. Mid-sized foundations also plan on following suit.

Unlike most public pension systems, hedge funds and other “marketable alternative strategies” rank as the most popular alternative asset class for foundations, the survey said.

Suttles said this was due to the need for liquidity preferred by many foundations.

“Middle and smaller sized foundations usually start with marketable alternatives first. Then they dip their toe in private equity over a period of time,” Suttle said.

But strong returns for venture capital and private equity have drawn increased interest from foundations, according to Suttles.

“We’re seeing returns coming in for larger private and community foundations who started incrementally ramping up their private equity and venture capital allocations over the past ten years. They’re definitely getting those returns from investments they started making a decade ago,” Suttles said.

But the coming months may cause some pain for foundations as new valuations for private equity and venture capital start to come in, according to Mark Hoeing, Commonfund Institute’s head of private equity.

“Generally speaking, we are seeing a downdraft. If you have a venture capital portfolio, you probably have a lot of unrealized investments that are public that declined in the first quarter,” Hoeing said.