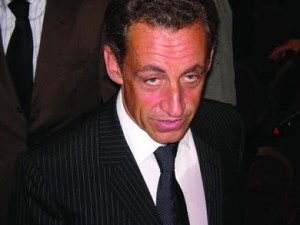 From the perspective of European targets, based on dollar proceeds, France has ranked as high as the second most active nation no less than five times from 1997 to 2006. Conversely, over that same period, French M&A, among European M&A, slumped in 2000 and 2003, when the nation ranked fourth in terms of European target M&A. Year-to-date France target M&A ranks fifth in announced European deals, according to data from .

When reviewing the top 50 announced worldwide M&A deals thus far in 2007, only two involve French targets. The leading French target M&A deal to date this year, which ranks 10th among all worldwide deals, is the plan of SA of Spain to launch an unsolicited tender offer to acquire the remaining 66.7% in , an Asnieres-Sur-Seine-based construction company in a stock swap transaction valued at €6.5bn. The next largest French deal, and the 32nd largest overall this year, is the SA planned spin off of 68.8% interest in SA, a Paris-based real estate investment trust, in a transaction valued at €6.1bn.

Additionally, when examining current cross border Franco-US M&A activity, the results are striking. Last year, saw over US$36bn in French acquisition in the US, led by the US$14.7bn union of SA and , and ’s purchase of , a manufacturer and wholesaler of power supplies, for US$6.1bn. However, this year, French deals in the US have stalled to less that US$1.35bn. While US purchases in France have been steady over the past few years.

With European merger activity running at high levels, the current state of French M&A is particularly perplexing. France’s marketshare among all European M&A stands at a bit over 7%, the lowest level in recent year, Yet extrapolating the current volume of over US$60bn in announced French M&A places full-year totals on track to reach the US$170bn range, the highest volume since 2000. French cross-border acquisitions appear to be holding up well, as nearly US$47bn in French acquisitions outside of France so far in 2007 places foreign acquisitions on track for their best year since 2000. While French acquirers have been active in cross border activity, proceeds for deals in the US have been on the downside this year. To date in 2007, the top transaction involving a French acquirer and a non-French target is SA of France plan to merge with NV, a Rotterdam-based real estate investment firm, in a stock swap reverse takeover transaction valued at €11.2bn.

The expectation of pro-market reforms in the upcoming Sarkozy government fuelling the French economy should bode well for merger activity. In particular, cross border activity involving both French acquirers and targets may very well benefit. Also, given the low dollar volume of French acquisition in the US, it should not be too surprising to see a rebound in that area before too long.