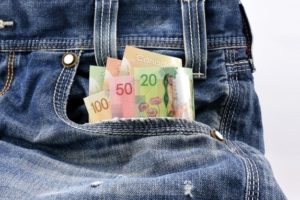 Fulcrum Capital Partners VI, which has a hard-cap of C$400 million, earlier this year secured “roughly half of the target,” partner Paul Eldridge said. He declined to disclose the amount. The Vancouver and Toronto private equity firm is expected to wrap up fundraising early next year.

Both new and returning global limited partners joined the closing. When raising Fund V, completed in 2015 at C$350 million, Fulcrum expanded its domestic investor base to include US, European and Asian institutions. For it successor, Eldridge anticipates a similar mix of “half Canadian, half non-Canadian” LPs.

Trailmark is the placement agent for the offering outside of Canada.

Fulcrum generally targets opportunities with EBITDA of $5 million to $20 million, enterprise values of $40 million to $150 million and based in sectors like consumer products, distribution and logistics, manufacturing and services. Its average check size ranges from $15 million to $35 million.

“We’ve been doing this strategy consistently for 20-odd years,” Eldridge said. “We like this space – it’s what we’re good at.”

This is perhaps reflected in Fulcrum’s track record. For some 36 fully realized exits, the firm reports earning a gross IRR of 26 percent. This includes last year’s sale of Verdant, an energy management solutions provider for the hospitality industry, to US industrial conglomerate Emerson.

Fund VI has already made its debut platform investment. In July it backed Creative Outdoor Advertising, a street-furniture advertising provider for local businesses in small and mid-size municipalities across North America.

Fulcrum, Eldridge said, was drawn to the opportunity because “out-of-home advertising is the fastest-growing type of advertising, outside of digital.” COA, which offers a tech-enabled solution, is also a resilient company that performed strongly during the covid-19 pandemic, he said.

COA resides in a highly fragmented vertical. Going forward, Fulcrum’s game plan is to support a strategy of geographic expansion and roll-ups across the US and Canada. Partner Greg Collings is the deal lead.

Several LPs in Fund VI co-invested alongside Fulcrum in the transaction. Co-investment “is a consistent theme for us,” Eldridge said. Along with the firm’s focus on under-served dealflow in the Canadian lower-mid-market, he said, it is also a key selling point for global investors.

Fund V is fully invested, with 11 portfolio companies. Its last investment, announced in 2020, was Belvika Trade and Packaging, an outsourced packaging services supplier.

Eldridge joined Fulcrum in 2003 after working as a management consultant with Carpedia International. He and five other partners – Paul Rowe, Collings, John Philp, Graham Flater and Johan Lemmer – were part of the 2011 management buyout of HSBC Capital (Canada)’s PE group that created the independent firm.

The partners oversee a 15-person investment team that has to date raised more than C$900 million in committed capital and invested in over 50 platform companies.

(The title of this story was updated to include a reference to Fulcrum Capital Partners VI’s first closing.)