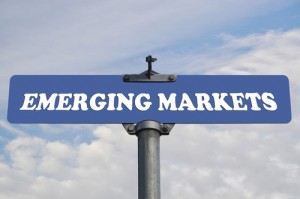 Venture returns from emerging markets appeared to hold their own through most of last year and 2014, according to a performance report from California Public Employees’ Retirement System.

The pension fund has two portfolios that invest in emerging and overseas markets outside the United States and Western Europe. The funds, 57 Stars Emerging Markets Fund and EMAlternatives Investments, collectively hold 21 venture and venture-related funds.

Through September of last year, the majority of the funds in the two portfolios had advanced in the previous 18 months, despite the difficult conditions in many overseas public markets last year.

The funds combine later-, early- and multi-stage investment funds, but most are small or modest in size. Two-thirds raised less than $500 million.

Gains in many instances were modest during the period. But Baring India Private Equity Fund III from 2008 and SVB India Capital Partners from 2007 logged improvements in the most recent LP reports, compared with March 2014.

The top performer among the venture funds in the two portfolios was Giza Venture Fund V, which as of September 2015 had an IRR of 26.4 percent, according to the report. That was down from March 2014.

Tel Aviv-based Giza Venture Capital invested Fund V in Soluto, a provider of a cloud-based service that enables users to manage other devices remotely, according to Thomson Reuters’s database. Asurion acquired the company for $100 million in 2013.

On that fund’s heels is New Horizon Capital IV, which posted an IRR of 24.9 percent as of September. SBCVC Fund III, in third place, had an IRR of 19.9 percent, the report shows.

The median return among the funds was an IRR of 4 percent.

The accompanying table lists the 21 funds with their commitments, distributions and IRRs.