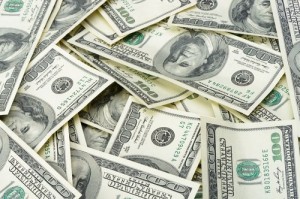 Mid-decade venture funds from Pinto Technology Ventures, ARCH Venture Partners and Morgenthaler Ventures generated significant distributions in early 2015 and late 2014, according to a portfolio report from the University of Texas Investment Management Company.

The funds lead a portfolio of 17 vintage 2003 to 2006 investments in capital returned to LPs from November 2014 to August 2015. Union Square Ventures 2004 and Sofinnova Venture Partners VII, the top two performing funds in the portfolio, also distributed substantial capital.

The portfolio is part of UTIMCO’s sprawling venture holdings. It favors smaller and mid-sized funds, with about three-quarters of its investments in capital pools under $500 million. About half do early and seed-stage investing.

Union Square’s 2004 fund has long been the performance leader. As of August its IRR was 66.83 percent, according to the report, meaning that an investment of $22.3 million generated $282.9 million in distributions. That’s up about $6 million from November 2014.

Sofinnova Venture Partners VII is second on the list with an IRR of 18.3 percent in August, up nicely during the previous nine months, the report shows. Distributions rose significantly, up more than $6 million on an accumulated investment of $19.6 million.

The 17 funds are listed in the accompanying table with commitments, total accumulated distributions and IRRs.