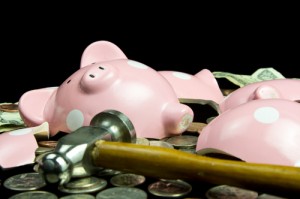 Last year was an upbeat one for mid-life venture funds, and the Indiana Public Retirement System’s portfolio is one beneficiary.

Better than two out of three of the money manager’s 16 venture and venture-related funds with vintages of 2006 and 2007 advanced last year. More than half achieved double digit IRRs by the end of the year, according to a recent portfolio report.

It is an impressive track record.

The results clearly reflect the better period for venture exits and valuations. Portfolio companies funded toward the end of the last decade are bearing fruit.

The portfolio is focused, interestingly enough, on medium-sized funds, as opposed to smaller ones, with an early-stage or balanced-stage approach to investing. Half of the funds manage assets of $300 million to $600 million, and half target early or seed-stage investing.

Several made substantial gains over last year. ARCH Venture Fund VII leads the portfolio with an IRR of 46.73 percent as of December, according to the report. That is up from an IRR of 18.79 percent a year earlier.

Institutional Venture Partners XII has the second best performance, though it lost ground over the year. It had an IRR of 27.39 percent as of December.

The accompanying table lists the 16 funds with their commitments, contributed capital, distributions and IRRs.