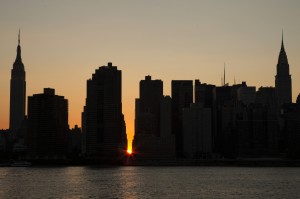 If you want evidence that a fund of funds strategy can bring respectable returns, turn to the New York State Common Retirement Fund’s venture portfolio.

At least four of the money manager’s top eight venture funds are funds of funds. The performance of a number of them is quite good, including a pair from Fairview Capital Partners.

The New York state pension has 17 venture funds with vintages of 2002 to 2011. Overall results are mixed. Nine funds have investment multiples above 1 and eight fall below that mark, according to a portfolio report updating results to March 2013.

Age doesn’t explain the outcome. The portfolio has one fund from 2011 and one from 2010. The rest are older and by now should be giving an indication of their long-term direction.

At the top of the portfolio is JP Morgan Direct Venture Capital Institutional Investors III, a small investment from the pension manager that nonetheless has risen in value. It’s multiple is 3.13x.

Second and third on the list are the two Fairview funds of funds: New York Legacy Venture Capital Fund from 2004 and Fairview Ventures Fund II NY from 2002. Their investment multiples are 1.23x and 1.22x, respectively.

Other standout funds include TA XI, with a 1.18x multiple, and Institutional Venture Partners XIII, with a multiple of 1.09x.

The accompanying table lists the 17 funds with their commitments, called capital, distributions and multiples. All the data comes from the portfolio report except the multiples, which were calculated by VCJ.