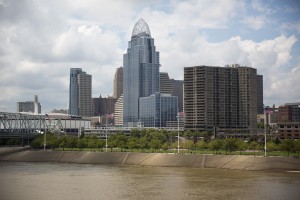 Many LPs have shied away from venture capital during the past several years, but not the Ohio Public Employees Retirement System.

The state pension manager has investments in 20 venture funds with vintages of 2003 to 2013 and eight of them were purchased since the start of 2010. Five were agreed to in 2011 alone.

The rewards of staying involved in the asset class appear substantial, at least so far. Five of its six top performing funds are from the 2010 and 2011 vintages, according to an OPERS portfolio report. Included are two secondary funds from Industry Ventures and a fund of funds managed by Top Tier Capital Partners.

Overall, the portfolio’s performance is solid. Fourteen of the funds have positive IRRs and four have negative IRRs, according to the report updating the portfolio to June 2013. Of the remaining two, one does not yet have an IRR and the other has an IRR of zero.

The portfolio is largely focused on medium sized funds – those above $300 million but less than $1 billion – and smaller funds – those below $300 million. About $528 million has been earmarked for funds of funds.

Industry Venture Special Situation Fund and Industry Ventures Fund VI, both from 2011, have come out of the gate strong with IRRs of 37.3% and 36.6%, respectively.

OPERS owns four Top Tier Capital Partners funds of funds, including the 2010 Top Tier Investments V b. The V b fund has an IRR of 12.2%

The accompanying table lists the 20 funds and their commitments, distributions and IRRs.