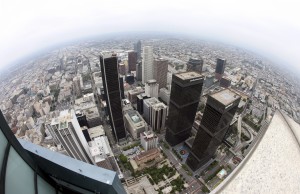 What a difference six months makes.

On the other end of the spectrum, the cleantech-focused NGEN II continues to struggle mightily.

Overall, the LACERS venture portfolio ended 2012 in solid shape. The pension manager has 24 venture funds with vintages of 2004 to 2011, and 15 of the funds had positive IRRs at year-end. Nine had negative IRRs or IRRs of zero.

Spark Capital II continues to be the performance standout. The 2008 fund had an IRR of 50.31% and a high level of distributions at the end of 2012, though no significant new distributions came in the second half of the year. NEA 13 increased its standing, with an improved IRR of 17.58% and a modest trickle of distributions.

The big winner, however, was the Polaris fund – PVP VI – which by year-end boasted an IRR of 103.42%, up from -64.99% six months earlier. Only a small amount of committed capital has been called, so the fund still has plenty to prove. But so far, so good.

Please find the 24 funds in the accompanying chart with their commitments, distributions and IRRs as of December 2012.