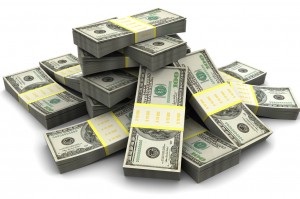 First, vintage-year performance for venture funds began climbing in 2007 and has remained solid since.

Second, prior to 2007 and dating back to the end of the dot-com boom, pooled performance did the opposite: It sagged and remained low.

Such is the case with VCJ’s collection of 295 venture-capital funds culled from the portfolios of major public pension funds and other public investors from across the country. Fund returns noticeably began picking up with the 2007 vintage year and have remained strong since. Before that, they were less impressive.

Overall performance among the funds is relatively encouraging. The collection includes funds from vintage years 2003 to 2011, and 80 percent either had a positive IRR or positive investment multiple as of the LP’s reporting date of late 2015 to mid-2016.

Two in five had IRRs in the teens or higher or investment multiples of 1.5x or greater.

The top fund in the group is Menlo Ventures XI from 2011, with an IRR of 74.7 percent as of December 2015. The fund invested in Check, which was acquired by Intuit for $360 million in 2014, according to the Thomson Reuters database.

Union Square Ventures 2004 is second with an IRR of 67 percent as of March 2016. The fund invested in a number of companies that either were acquired or held IPOs. Among those that went public were Etsy, Twitter and Zynga. Following that is Union Square’s 2010 opportunity fund.

The entire collection of funds can be found in the accompanying table.