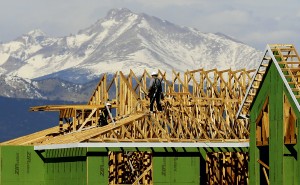 Funds from Longitude Capital Management, Technology Crossover Ventures and LLR Partners led the portfolio of 24 funds with vintages of 2003 to 2013.

However, gains among the holdings were largely modest during 2013, with IRRs at 14 of the funds improving, but in many case by small steps, according to a December 2013 portfolio report by the state pension fund.

The LP has had a hands-off approach to venture in recent years. It invested in just two new venture-related funds since 2008, according to the report: Longitude Venture Partners II in 2013 and Summit Partners Growth Equity VIII in 2012. (Funds transferred to it from its 2010 merger with the Denver Public Schools Retirement System are not included.)

The portfolio has respectable performance. Sixteen of the funds have positive IRRs while eight do not. The top fund, Longitude Venture Partners from 2008, showed a nice gain during 2013 and ended the year with a 21.32 percent IRR, the portfolio report shows.

Technology Crossover Ventures VII also had a strong advance and posted an end-of-year IRR of 19.28 percent. The fund tossed off considerable cash during the year.

Returns at a pair of LLR funds retreated during the year, but remained strong. Highland Capital Partners VII from 2006 also showed strong improvement.

The portfolio is well balanced among early stage, later stage and balanced, or generalist, strategy funds. However, it leans toward large and mid-sized funds, with seven above $800 million in size and another seven from $300 million to $561 million.

The accompanying table lists the 24 funds with their capital calls, distributions and IRRs.