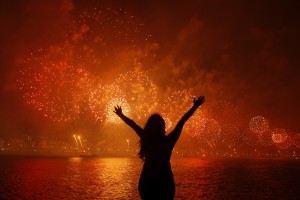 Want more evidence of venture’s steady improvement in fund returns? Look at the most recent additions to the University of California’s venture capital portfolio.

Of the 28, 18 show an improvement in returns for the six months from the end of 2011 to the middle of 2012. Only six do not. The remaining four did not exist in December 2011 and therefore do not have investment multiples to compare.

The record is a convincing one. For the most part, gains were modest. But they do suggest a trend underway.

Overall, the portfolio is more above water than under it. Sixteen of the funds have investment multiples that are positive, meaning their distributed cash and portfolio values exceed called capital.

Several of the funds are standouts. Lightspeed Venture Partners VIII from 2008 registered a big gain in performance over the period and now has an investment multiple of 3.32x. Insight Venture Partners VI and BlueRun Ventures IV, both from 2007, are doing well.

At the bottom of the list is Rockport Capital Partners III from 2008 with an investment multiple of only 0.53 percent. Aisling Capital III from 2008 also lost ground in the six months.

In the accompanying chart, we list the funds and their performance details, including investment multiples from June 2012 and December 2011. It should be noted that Thomson Reuters (publisher of VCJ) has filed suit against the university seeking the disclosure of the Sequoia performance data.