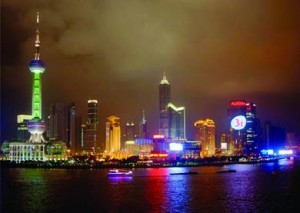 The winner of EVCJ’s Fund Raising of the Year for 2006 is 3i, which closed in November on €5bn, smashing its €3.5bn target to make it the largest mid-market fund in Europe.

3i’s Eurofund V attracted commitments from 62 LPs across the globe, alongside investment from its own balance sheet. Significantly, the London-based firm, aided by placement agents UBS, was able to win allocations from a large number of new investors, the majority of which come from North America and the Middle East. Investments in the fund include a €10m commitment from Princess Private Equity, an investor in one of the predecessor funds, an undisclosed amount from Robeco Bank, €25m from the New Mexico State Investment Council, and €42m from the Standard Life European Private Equity Trust.

3i will use the money raised to make around 50 acquisitions over the next fours years, focussing primarily on Europe with some capacity to invest elsewhere, particularly Asia where the firm hopes to increase its presence.

Eurofund V will not be sector specific and will target companies with an enterprise value of up to €1bn, with a special interest in those businesses operating in the media, in healthcare, and business and consumer services, and make between 12 and 15 new investments a year.

The firm is able to boast an impressive track record in buyouts, with net returns in excess of 32%, with one write-off and two write-downs. Between 2001 and 31 March 2006, 3i had invested €3.1bn in 79 mid-market buyouts. By the autumn of last year, the firm had already generated roughly that amount of cash from those investments, achieving an overall gross portfolio IRR of 41%. For the 25 investments that have been fully realised, the IRR is 55%.

It has 15 senior partners with an average of 14 years working together at 3i, and has around 90 investment professionals operating across Europe, 40 of whom are partners. Of particular importance for investors was 3i’s ability to create their returns largely by increasing EBITDA and not simply through acquisition or financial markets.

3i defines the mid-market as companies with enterprise values between €50m and €1bn, with a sweet spot of between €100m and €500m. Earnings growth accounted for 64% of the value created in these buyouts. However, unlike many of their former rivals, 3i has continued to excel in the mid-market space rather than abandoning it to purse the largest deals.

Jonathan Russell, managing partner and head of 3i Buyouts said: “This is an exciting time for our business and this fund reinforces our position as the leader in this space. As many players leave the mid-market in search of large-end transactions, 3i Buyouts’ opportunity increases. “

The firm’s multinational approach was also a plus point. While there is still a debate to be had surrounding the pros and cons of a country-specific fund, many of Eurofund V’s LPs felt that it was more suited to their allocation needs to invest in a Europe-wide fund. Tim Harrison, senior partner in 3i Buyouts, said: “‘One of our clearest advantages over local boutique PE companies is the way we can deliver a global network of knowledge that covers Europe, Asia and the US. This means companies can access solutions that have worked elsewhere, and receive introductions to new suppliers, customers and sources of innovation.”

3i is also planning to fine-tune its investment strategy with it latest vehicle by strengthening its focus on the larger mid-market deals, i.e., over €100m, which, the firm believes, deliver consistent and significant out-performance and create extra scope to apply value-adding, cross-border strategies. There will also be extra attention paid to Central and Eastern European companies.

Eurofund V’s predecessor fund closed in July 2004 on €3bn and has made a number exits of late, including own-label Dutch fruit juice business Refresco, which generated a 3x multiple in two years, and betapharm, a prescription drugs group in Germany, which saw its value increase from €300m at entry to €480m on exit. It was acquired by Dr. Reddy’s, an emerging global pharmaceuticals company headquartered in India, where 3i was able to use its local operations. The betapharm sale is also typical of a 3i exit – build up a company in Europe so they are attractive to US or Asian buyers seeking a presence in the Continent.

Paul Waller, a managing partner at 3i, commented: “We are thankful to have received such strong support from existing investors in 3i funds. We are equally delighted to welcome many new investors to the fund, a large proportion of those coming from North America and the Middle East”.