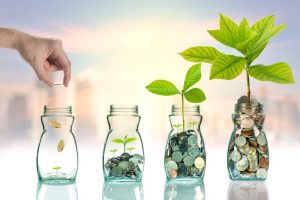 Gainline Capital Partners, formed by two former Lincolnshire Management executives in 2015, is eyeing the cap on its second fund as it moves through a market that has proved challenging to new managers.

Gainline is among a handful of newer managers seeking capital from limited partners that are increasingly hesitant to extend beyond their well-established relationships. New funds, which always struggle to attract capital, are facing more extreme factors in today’s market, including potential LPs who are tapped out through re-ups and overweight exposures to the asset class.

“It’s never a perfect time to be an emerging manager … it’s so dependent on so many different variables,” said an LP consultant with a focus on new managers.

Overall, fundraising has slowed mightily from last year. In the first half, 417 buyout, growth, venture and other private equity vehicles raised almost $255 billion. That’s down 18 percent from a year earlier, according to Buyouts’ data. (Check out Buyouts’ sparkly new interactive fundraising chart to drill down on the funds behind the quarterly numbers).

Credit Suisse is working as placement agent on the fundraising. A Gainline spokesperson did not return a comment request Thursday. The firm managed about $680 million as of December 31, according to Gainline’s Form ADV.

The firm invests in lower-mid-market businesses in business services, niche manufacturing, consumer and logistics and transportation services. It looks for companies “with characteristics that may deter other investors and create pricing inefficiencies that can lead to higher returns,” according to Gainline’s Form ADV.