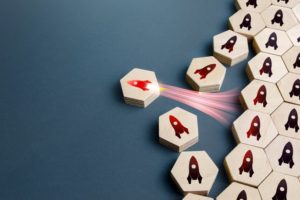 The strategy is embodied in Georgian Alignment Fund II, an offering targeted to raise $1.5 billion, according to a report from Massachusetts Pension Reserves Investment Management.

MassPRIM is committing $50 million to the offering, which will make “follow-on investments in a select group of high-performing portfolio companies” within the firm’s existing fund series.

Fund II, sources said, is intended to build on the $1.1 billion GP-led deal, closed in March, which moved four portfolio companies out of older Georgian funds and into a continuation vehicle. That process allowed limited partners to cash out of their interests in the assets, or roll their stakes into the continuation vehicle, now dubbed Georgian Alignment Fund I.

Fund II, however, will not operate like Fund I, sources said. While it has the same goal of creating more time and money to back especially high-growth software companies, the blind-pool strategy is a new strategy that may take different approaches to different assets.

The portfolio companies of interest have also not yet been identified, sources said. Georgian presently oversees 39 active software investments.

Other details of the blind-pool strategy, first reported in June by Secondaries Investor, are not clear. Georgian declined to provide a comment.

It is possible that Georgian will emulate the alternative long-hold models deployed by its peers in the tech investor community, among them Insight Partners and TA Associates.

TA Associates, for example, this year closed TA Select Opportunities Fund II at $1.5 billion to invest in portfolio companies being sold by its flagship fund. The flagship takes a minority stake in the offloaded business, with Fund II co-investing alongside a new third-party investor, Secondaries Investor reported.

Georgian launched the blind-pool vehicle in tandem with a sixth flagship offering. Georgian Growth Fund VI is seeking $1.3 billion, the MassPRIM report said, with the pension system agreeing to commit $100 million. If the target is met, the fund would be the largest yet raised by the Toronto tech growth equity firm.

Growth equity is this year experiencing a record run in the North American fundraising market. Of the $361 billion secured in total at the end of September, 22 percent was captured by growth equity strategies, far outdistancing their historical take, according to Buyouts data.

Formed by ex-software entrepreneurs, Georgian began as a pure-play venture capital firm with a pioneering applied-analytics thesis. Rebranded last year from its original name, Georgian Partners, it today undertakes tech growth equity deals across the US and Canada, investing $25 million to $75 million in B2B SaaS companies with more than $500,000 in monthly recurring revenue.

A key aspect of Georgian’s strategy is its value-adding operational and tech capabilities, among them in-house development of software tools to support growth in the portfolio. A machine learning-driven sourcing engine enables the search for opportunities.