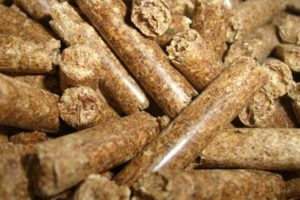 Riverstone Holdings is completing a secondaries process that moves renewable energy-focused Enviva Holdings out of an older fund, giving the firm more time to manage the asset, sources told Buyouts.

The deal is one of only a few that have proceeded through the pandemic downturn, which otherwise has stopped most secondaries deal activity.

Park Hill Group worked as secondary advisor on the deal.

Like other single-asset secondary deals, limited partners in the original fund that acquired Enviva Holdings, Riverstone/Carlyle Renewable and Alternative Energy Fund II, had the option to cash out of their stakes in the company or roll their interests into a continuation vehicle that will hold Enviva Holdings. The term on the continuation fund is not clear.

Riverstone/Carlyle Renewable and Alternative Energy Fund, which closed on about $3.4 billion in 2010, acquired Enviva the same year. Carlyle has no role in the continuation vehicle, one of the sources said.

Riverstone will continue to manage the company going forward. Enviva Holdings still has an attractive growth path ahead as the world moves toward renewable sources of fuel as a way to try and counter the warming climate, sources said. The EU has a goal of generating 20 percent of its electricity by 2020 using renewable sources, including woody biomass, according to the European Commission’s 2020 climate and energy package.

Enviva produces wood pellets out of timber scraps, including sawdust from mills and tree limbs. The pellets are used as fuel for power plants. Around 40 percent of the world’s electricity is generated in coal-fired plants, according to an article in Science from 2018.

Critics contend burning wood pellets produces just as much CO2 as coal, with the added issue of harvesting wood from forests.

Riverstone, meanwhile, has invested about $5.2 billion in renewable energy across some 14 platform investments.

The Riverstone process is one of the largest in the market. Other deals of size include a private equity portfolio being sold by an investment group affiliated with the DeVos family. HarbourVest Partners emerged as lead investor on that deal, which could total around $1.3 billion.

Also, Southern Cross ran a restructuring process to allow investors in its 2010 fourth fund to either sell their stakes in the pool or roll their interests into a new vehicle that would house remaining assets. The process totaled around $500 million, with Intermediate Capital Group as the winning bidder in the deal, Buyouts previously reported.

Adam Le contributed to this report