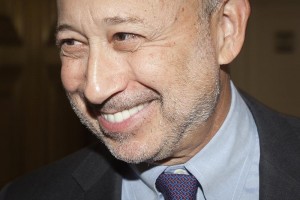 Goldman Sachs deployed a fundless model with capital from its hefty balance sheet, a debt contribution and co-investors in its deal to buy GCA Services Group from Blackstone Group, according to a source.

The firm may continue doing buyouts from its roughly $20 billion private-equity balance sheet, along with support from a select group of its larger LPs, the source said.

The deal to team up with Thomas H Lee Partners to buy GCA, announced November 16, tipped the scales at $950 million for the provider of custodial services. Blackstone bought GCA in 2012 from Nautic Partners for around $600 million, according to Reuters.

Goldman hasn’t raised a buyout fund since 2007’s GS Capital Partners VI drew in $20.3 billion. It is not clear if that fund is tapped out; however, Goldman is still doing buyouts with its merchant banking unit.

With the Volcker Rule kicking in as part of the landmark Dodd-Frank legislation, Goldman has been limited to 3 percent capital from within the firm for private equity funds and buyouts. Goldman said it needs to divest more cash from its funds to be in compliance with the Volcker Rule. The firm has until 2017 to do that, Goldman’s CFO, Harvey Schwartz, said at the Bank of America Merrill Lynch 2015 Banking and Financial Services Conference on November 17.

While it is not raising a buyout fund, Goldman has been in the fundraising market, sometimes under an alternative name, Broad Street, taken from the bank’s earlier headquarters in lower Manhattan.

Last year, Goldman raised more than $4 billion for Broad Street Real Estate Credit Partners II, and it may use the Broad Street name in other funds, said a source familiar with the firm. The firm is also in the market with a mezzanine fund with an undisclosed target and an infrastructure fund targeting $3 billion, according to a report.

Goldman chose the Broad Street name to help satisfy regulators that most of the capital in the funds doesn’t come from Goldman Sachs but from external investors, a source said.

Schwartz laid out some of the parameters of Goldman’s private equity business at the Bank of America Merrill Lynch conference.

Housed within its Investing & Lending (I&L) unit, Goldman’s total private equity portfolio tips the scales at $22.2 billion, less than 3 percent of the firm’s total balance sheet and about a quarter of the I&L unit.

“This has been a very successful business for both our clients and our shareholders,” Schwartz said. “For a longer-term corporate equity, we look to generate long-term returns in excess of 20 percent.”

The firm’s private portfolio comprises more than 800 investments, with 61 percent in the Americas, 6 percent in China and 5 percent in Japan. No single category represents more than 22 percent of the portfolio.

The firm has increased its real estate investments recently, “reflecting more attractive relative opportunities available within that sector and the demand for capital,” Schwartz said.