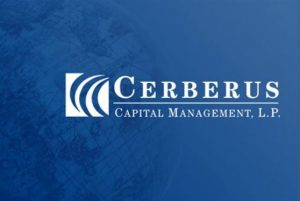 With a top-quartile performance for its 2012 flagship fund and a string of recent deals under its belt, Cerberus Capital Management may be poised to increase its flagship distressed-debt and buyout pool from its predecessor.

As it moves further beyond challenges tied to the financial crisis, Cerberus is nearing $3 billion for Cerberus Institutional Partners VI LP after at least a year on the fundraising trail, according to sources. The effort is nearing the fund’s target of $3.5 billion, with a hard cap of $4 billion.

So far, Cerberus has roughly equaled the $2.6 billion it raised for CIP V, its vintage 2012 fund that in 2013 wrapped up below its original $3.75 billion target, according to reports.

That pool rang up an IRR of 23.7 percent as of June 30, 2015 for Pennsylvania Public School Employees’ Retirement System, a longtime LP.

In another data point for CIP V, Preqin reported an IRR of 20.4 percent for the pool as of Sept. 30. The PSERS IRR figure for Fund V is higher because it may reflect the lower fee structure of a large LP, one source said. Either the PSERS or the Preqin tally puts Fund V in top-quartile territory, the source said.

Both CIP V and CIP VI are smaller than the $7.5 billion the firm drew in for its vintage 2006 Cerberus Institutional Partners LP (Series 4), its largest fund. That pool logged an IRR of 8 percent as of June 30, 2015 for PSERS, below the median for that vintage year of 8.7 percent, according to an analysis of public-pension-fund data by Buyouts.

The smaller size on the firm’s two subsequent funds — CIP V and CIP VI — suggests that some LPs may have opted out after its fourth fund, which could lead to longer fundraising efforts, said an executive familiar with GP capital-raising.

“That often puts you in a long-term hole because a number of LPs don’t want to hear the ‘new and improved’ story – they have already moved on to a competitor,” the source said.

Like most other marquee PE firms, Cerberus ran into trouble with some large investments before Lehman Brothers collapsed in 2008. It made big bets on GMAC, the financing arm of General Motors, and Chrysler, the iconic car brand, only to struggle with them during the economic downturn.

But the firm ended up with a modest gain on Chrysler with proceeds of the 2010 sale of Chrysler Financial to Toronto-Dominion Bank plus the value of the stake of the auto lender it retained in the deal, according to a source familiar with the firm. It still owns part of Ally Financial Inc, the successor to GMAC.

Now in fundraising mode, the firm holds a few strong cards in its hand, in addition to its successful performance for CIP V.

For one, distressed strategies are generating more buzz from institutional investors. In 2016, LP interest in distressed funds increased to 31 percent, from 20 percent in 2014, according to a survey by Probitas Partners, a placement firm.

Possibly with an eye on this LP demand, Cerberus disclosed it launched 22 funds between its 2015 ADV filing and its 2016 ADV update in February, according to public filings.

In another plus for Cerberus, the firm has been active on the deal front — something LPs like to see.

In April, the firm pulled off the largest residential-mortgage-backed-securities deal in Europe since the global financial crisis: an $8.8 billion bond offering under the name Towd Point Mortgage Funding 2016-GR1.

The offering came just a few months after the firm reportedly outbid a group led by Goldman Sachs and Blackstone Group for a loan portfolio from the U.K. government, which took over the assets from defunct lender Northern Rock. Cerberus sold $4.8 billion of the portfolio to TSB Bank and then offered the rest as Towd Point.

In the middle market, Cerberus agreed to sell a 57 percent stake in school-bus maker Blue Bird for about $126 million to an affiliate of American Securities, a deal announced in May. In January, Cerberus-backed Keane Group set plans to add on the majority of Trican Well Service Ltd for a total of $247 million.

Cerberus continues to do some larger deals, such as its 2015 buyout of Safeway Inc for $9 billion. It rolled the Safeway stores in with its earlier buyout of Albertsons and filed an initial public offering for the combined businesses. The IPO was postponed last October in the face of rocky market conditions.

As it looks toward CIP VI, “Cerberus has…refined its private equity strategy with a focus on investments in the mid-market,” according to an investment memo to PSERS prepared by Portfolio Advisors.

Overall, Cerberus plans to continue its “flexible and opportunistic” strategy focused on operational turnarounds, non-core divisions or other units in liquidation; also non-performing loans, residential and commercial mortgage securities and assets, corporate debt and structured loans, according to the memo.

The firm plans to build a portfolio with as many as 200 investments in the fund, the memo said.

Officials at Cerberus, which takes its name from Greek mythology for the three-headed dog that guards Hades, rarely grant interviews. Co-founder and CEO Stephen Feinberg keeps a low profile. Possibly his only on-the-record interview took place in 2008 with The New York Times.

But he’s made some appearances at industry events over the years. Feinberg said industry executives are overpaid, in a 2011 speech at the SuperReturn conference in Boston.

The firm has found itself in the spotlight regularly, including with two of its high-profile hires: John Snow, chairman of Cerberus Capital Management, served as U.S. treasury secretary from 2003 to 2006. He’s been with Cerberus for a decade now. And Dan Quayle, chairman of Cerberus Global Investments, joined the firm in 1999 after serving as U.S. vice president under George H.W. Bush from 1989 to 1993.

Cerberus also drew attention for its investment in Remington Outdoor, the gun maker that made the weapon used in the killing of 20 children and six adults at Sandy Hook Elementary School in 2012.

California State Employees Retirement System, an LP in the fund that owns Remington Outdoor, sought to exit its holding in the firearms company, formerly called Freedom Group. In 2015, CalSTRS said it agreed to a proposal by Cerberus to allow it to exit its economic interest in Remington Outdoor after a two-year divestment effort.

And last year, Cerberus made a public statement about its 2014 acquisition of Project Eagle, which is the Northern Ireland loan portfolio of the National Asset Management Agency.

A member of the Irish parliament, Mike Wallace, alleged that about $10 million was directed toward an unidentified Irish politician by a law firm involved in the deal. Northern Ireland police launched a criminal investigation into the charges last year.

“Cerberus has not been accused of any wrongdoing and has welcomed any inquiry associated with the acquisition of the Project Eagle portfolio,” a spokesman for the firm said in an email to Buyouts. “We remain highly confident that our conduct was entirely lawful and appropriate.”