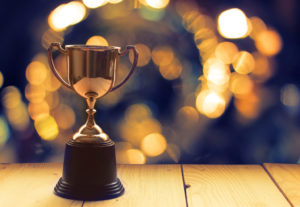 General partners generally try and cut in existing limited partners for coinvestment in GP-led deals as they look for ways to hold their best assets for longer than traditional PE structures allow.

Hellman & Friedman recently ran a process that offered LPs in an older fund the ability to co-invest into a process that moved three assets out of the pool and into a continuation fund – an option that the biggest pension fund in the US jumped on.

Hellman & Friedman moved three assets out of its seventh fund and into a continuation pool for more time and fresh capital to continue growing the companies. The largest of the assets was Verisure, an alarm and security services company.

As part of the deal, California Public Employees’ Retirement System co-invested at least $239 million in the deal, according to public documents from the system, and sources with knowledge of the deal. In the documents, the commitment is listed as to a vehicle called Samson Partners, run by Hellman & Friedman. Sources explained this referred to the GP-led secondaries deal.

Spokespeople for CalPERS and Hellman & Friedman declined to comment.

The deal illustrates yet another dimension of the evolving structure of GP-led deals. LPs, who may already be committed to an older fund that is subject to a secondaries process, can also choose to directly invest through a passive co-investment, in assets moving out of the fund.

CalPERS is an LP in Fund VII, having committed $300 million. That pool, which closed on $8.8 billion in 2009, was generating a 24.9 percent net internal rate of return and a 3.2x multiple as of Sept. 30, according to CalPERS performance information.

GPs often reserve some space in a GP-led deal for “key” or existing limited partners who want to get a piece of co-investment action in the deal, sources said.

One difference in Hellman’s deal is that all Fund VII LPs were offered the chance to co-invest in the deal, according to a person with knowledge of the process.

“Existing LPs get the chance to roll and reinvest and, in some cases, they upsize their checks,” said a secondaries advisor who has worked on such deals. “As GPs think about total capitalization, a slice of that capital is co-investment from existing LPs.”

It’s clear why an LP would want to get a bigger piece on certain deals. In Hellman’s GP-led, the enterprise value of the biggest asset in the deal, Verisure, increased to more than $17 billion as a result of the transaction, Buyouts previously reported.

GPs these days tend to focus secondaries processes on their best assets, as a way to hold them beyond the limited terms of the traditional private equity funds that hold them. It’s the quality of the assets involved in GP-led deals that have made them increasingly popular in the market.

For GPs, extending holds and the capital base on prized assets makes sense, as they don’t want to give up on a company that may have strong growth ahead of it. And for an existing LP like CalPERS that has already reaped distributions from the assets, and may have the ability to cash out for more liquidity, the opportunity to co-invest in the asset alongside the GP may seem like a easy decision.

Justin Mitchell and Sarah Pringle contributed to this report.

Update: This report was updated to use the word ‘existing’ rather than ‘key’ LPs to better reflect the trend, and to clarify that Hellman & Friedman offered all Fund VII LPs the chance to co-invest in the secondary process.