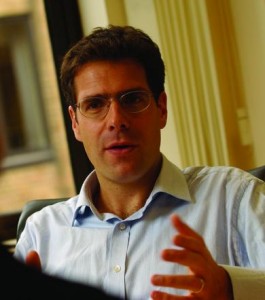 Graphite has one current portfolio company in the elderly healthcare space and saw additional opportunities to invest in building new high-quality nursing homes. It was not, however, in the position to make follow-on investments, as its 2003 fund was fully deployed.

As such, Graphite invested £23m in newly founded company Willowbrook Healthcare from its most recently raised fund, Graphite Capital Partners VII, which raised £555m in 2007.

The investment in Willowbrook comes at a time when larger care home operators in the UK are struggling.

“Turbulence in the care home sector over the last year has in part been caused by the highly leveraged structures some groups had in place,” said Mark Hudson, who worked on the deal for Graphite.

“The fundamentals of the sector, however, are positive. There is a significant demographic need for investment in elderly care homes,” he added.

Willowbrook is a new company that will be run by the same management team that runs Optimum Care, Graphite’s other care home investment.

Like Optimum, Willowbrook will specialise in constructing high-quality, bespoke care homes. It may also acquire some homes.

“In this sector, some of the older homes that are lower quality are struggling,” said Hudson.

Local authorities account for around 70% of the funding for residents in care homes and there is a trend towards local authorities bringing in differential pricing, benefiting higher quality homes such as those owned by Graphite.

This is the third time Graphite has backed the management team led by John Strowbridge. In 2005, it bought a stake in Avery Healthcare, an elderly care homes operator, before selling the business to Southern Cross in 2007 generating a return of 2.7x the firm’s original investment.

The Willowbrook deal involves a £30m debt package from a banking syndicate led by Royal Bank of Scotland alongside Allied Irish Bank and Bank of Ireland. Both RBS and AIB are debt-holders in Optimum, which has about £70m of debt.

“Raising the debt for Willowbrook was trickier than it would have been a year ago but that said, it was a smooth process. The banks are backing a proven strategy with a management team with which they are comfortable,” said Hudson.